CHINA The rise of Chinese hip-hop: from underground to mainstream

The rise of Chinese hip-hop: from underground to mainstream 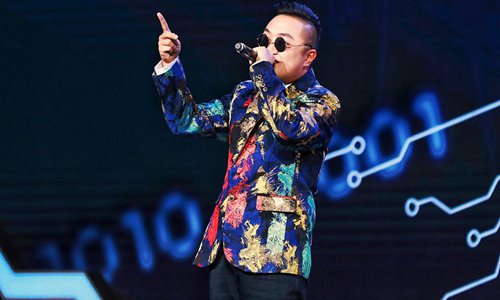 Surrounded by tens of thousands, Sun Bayi is performing at the Workers' Gymnasium, one of Beijing's most prestigious live venues, which has hosted concerts by Kanye West, Bob Dylan, and other musical legends. The space now echoes with excited fans chanting the chorus of Sun's hit track.Sun shot to stardom on the "The Rap of China," the country's first hip-hop reality show that launched in June 2017. The show was a huge success and generated 2.7 billion views online, bringing underground rappers to the center of public attention."Before joining the show, I was just a small celebrity in my hometown. Now I've got 10 times, probably even 100 times more fans nationwide," Sun said. "That makes a huge difference."Sun became a rapper in 2009 and gained early success by winning regional freestyle rap battles. But making music wasn't enough to sustain a living. To make ends meet, Sun ran a variety of small businesses: selling air bricks, firecrackers and later running a small hotel.But all of that is changing as he becomes a highly sought-after rapper, known for performing in business attire. His surging popularity also brings endorsements and commercial deals that help Sun focus entirely on music.Sun is one of many benefiting from the rise of hip-hop in China. And some are bringing their influence to the world.Kris Wu, one of the celebrity judges on "The Rap of China," topped the US iTunes chart in October with his single "Deserve," a collaboration with American rapper Travis Scott.Higher Brothers, a hip-hop group based in China's southwestern Sichuan province, created a sensation on YouTube with their hit "Made in China," generating more than 7.5 million views. The group has just wrapped up their events in Asia and is planning to tour the US and Canada early next year.But while the hip-hop business is booming in China, there's also concern that the genre will become over-commercialized and end up as just another way to make a quick profit. As for Sun, he's still optimistic that Chinese hip-hop will continue its momentum long-term."(Before 'The Rap of China') Reality shows were dominated by pop artists. And all of a sudden, hip-hop has come out of nowhere and grabbed people's attention.""This is only the start, who knows how many more talents will be discovered?"