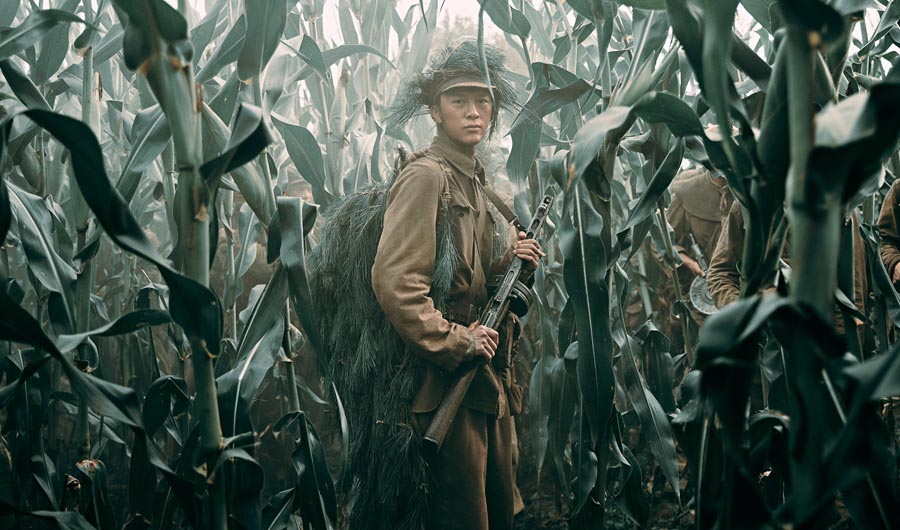 Scene from The Sacrifice, portraying Chinese war heroes who took part in a brutal battle. [Photo provided to China Daily]

BEIJING, Nov. 4 (Xinhua) -- The China box office revenue of "The Sacrifice" has totaled nearly 760 million yuan (about 113 million U.S. dollars) after the war film raked in more than 19 million yuan on Tuesday.

Set during the War to Resist U.S. Aggression and Aid Korea (1950-1953), the film was released on Oct. 23, the same day that a high-profile meeting was held in Beijing to commemorate the 70th anniversary of the Chinese People's Volunteers entering the Democratic People's Republic of Korea to fight in the war.