CHINA The SAR govt needs to do better this year

The SAR govt needs to do better this year 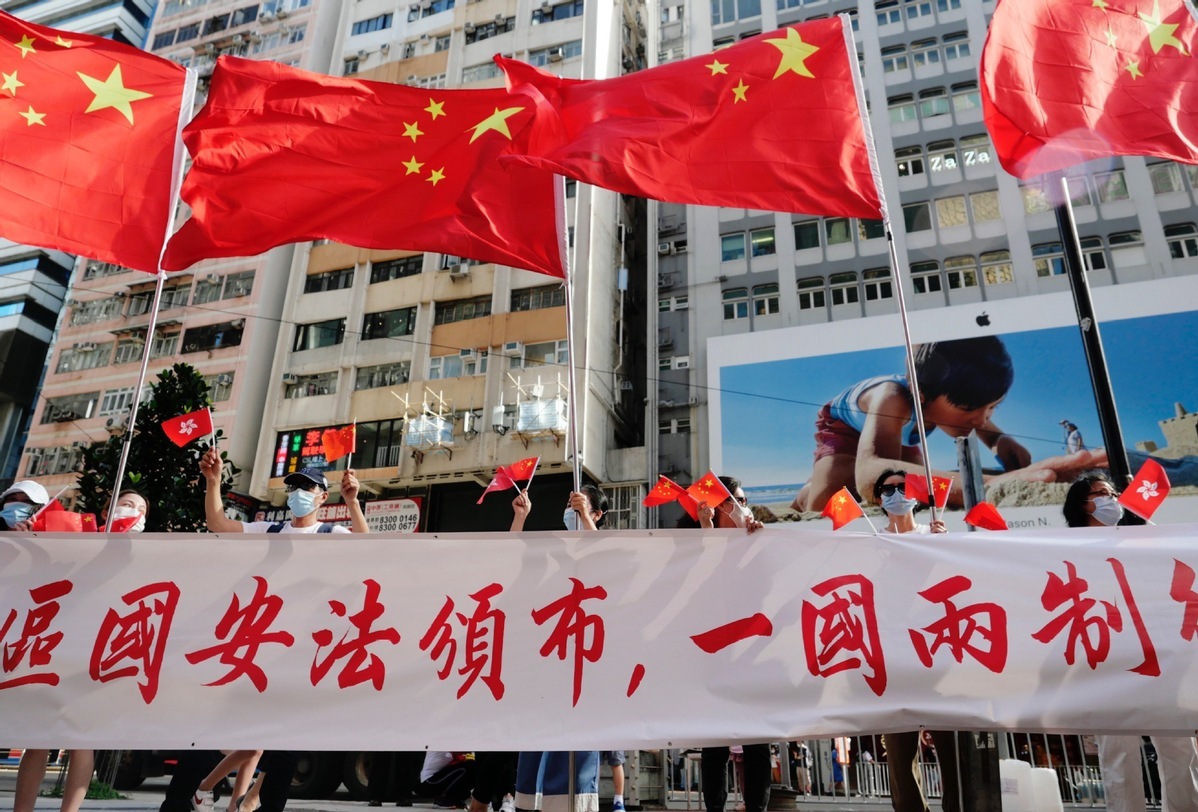 Hong Kong residents wave Chinese national flags to show support for the implementation of the national security law for the SAR at Causeway Bay in Hong Kong, June 30, 2020.(Photo: Xinhua)

Hong Kongers must be happy that in the past few days the number of COVID-19 infections has fallen noticeably from its recent highs. In particular, the number of unidentified source cases dropped to 10 last Saturday. This is amid a world with soaring infections from the UK to the US, and to a somewhat lesser extent from Europe to Japan. We all pray that Hong Kong is on track to beating the pandemic.

This recent achievement is predicated on, first and foremost, the SAR government’s tightening of quarantine rules and stricter enforcement. One wonders why it had to take four waves of COVID-19 infections for the SAR government to take the necessary actions. According to Dr Gilman Siu Kit-hang of the Hong Kong Polytechnic University, lax home quarantine, false negative airport testing, and lack of enforcement of hotel isolation could be behind the latest surge in community COVID-19 infections. The research that he led suggested that a quarter of imported cases that led to the fourth wave were not detected on arrival. As the SAR government fumbled, businesses and employees paid the price. Many businesses closed. Many workers lost their jobs. Many families had difficulty paying their bills. Some fell prey to fraudsters and scams.

To alleviate the economic pain, the SAR government had launched three phases of an “Employment Support Scheme”. But it was senseless for the government to “support” companies that were obviously not suffering. In particular, “supermarkets and supermarket sections of department stores” enjoyed an increase in revenue in the first 10 months of 2020 to the tune of 12.1 percent, in contrast to a drop of 27 percent for all retail outlets. This waste of our precious fiscal resources contrasts with the mainland’s call for “accurate targeting” in its poverty alleviation effort.

Sadly, these are not the only instances of lousy work done by the SAR government. As I had pointed out in a recent article, the excessive weight given to political issues in the DSE Liberal Studies examination had been pointed out as early as 2014 by Mr John K Tan who had served as chairperson of the Liberal Studies Committee under the Curriculum Development Council. But the government chose to ignore his call for action. He also questioned why over a span of 10 years the Education Bureau had failed to train sufficient inspectors to ensure the quality of the delivery of the course in class.

A recent story featured in a recent TV program showed that the sewerage pipes in some public housing estates were improperly installed. To date, the Housing Authority or the Housing Department has yet to come up with a solution to a problem that has caused residents much fear and anxiety, especially given the pandemic.

Still another near blunder happened last week, when demolition work on an underground service reservoir in Bishop Hill in Sham Shui Po was halted after there was a public outcry to preserve the site. The underground reservoir was completed in 1904, and a similar facility had already been rated a Grade 1 historical building. It is regrettable that upon an inquiry by the Water Supplies Department, the Antiquities and Monuments Office advised in 2017 that there was no need for an assessment. If the online images of the Roman style arches and columns that prompted the public outcry had been missed by netizens, irreparable damage to the site might have resulted.

We may also recall the blunder over construction work at MTR’s Hung Hom station extension works for the Shatin to Central Link project. Apparently, there was no effective supervision from the government over the works given the huge budget of the project. Earlier still, for the 2012 Lamma Island ferry disaster, the Marine Department was found to have failed in ensuring safety standards on the boat. According to the report of the investigation into the disaster, “In the process of designing, constructing and surveying the Lamma IV ... there was a litany of errors committed at almost every stage by many different people.” Somehow inspectors declared the vessel compliant with safety standards, notwithstanding the absence of a watertight door to the steering gear compartment according to the original design.

About 10 years ago, the SAR government asked owners of village houses with certain illegal structures to register with the government with a 5-year grace period. The government was supposed to follow up with some policy decision. However, years have passed, and what has the government done? To me, if the structures are safe and tolerated there should be a fine and a reassessment of rates. If they are unsafe, they should be removed.

One recent morning I was glad to find parts of the lawn in Sun Yat Sen Memorial Park cordoned off with the sign “for grass maintenance”. As I had found patches of bare ground on the lawn I was concerned about the grass being scraped off in the soccer games in the park. To my chagrin, I found many people playing soccer within the cordoned area. Not a worker from the Leisure and Cultural Services Department was in sight.

I truly hope that in the New Year our government will do what is necessary to deliver.