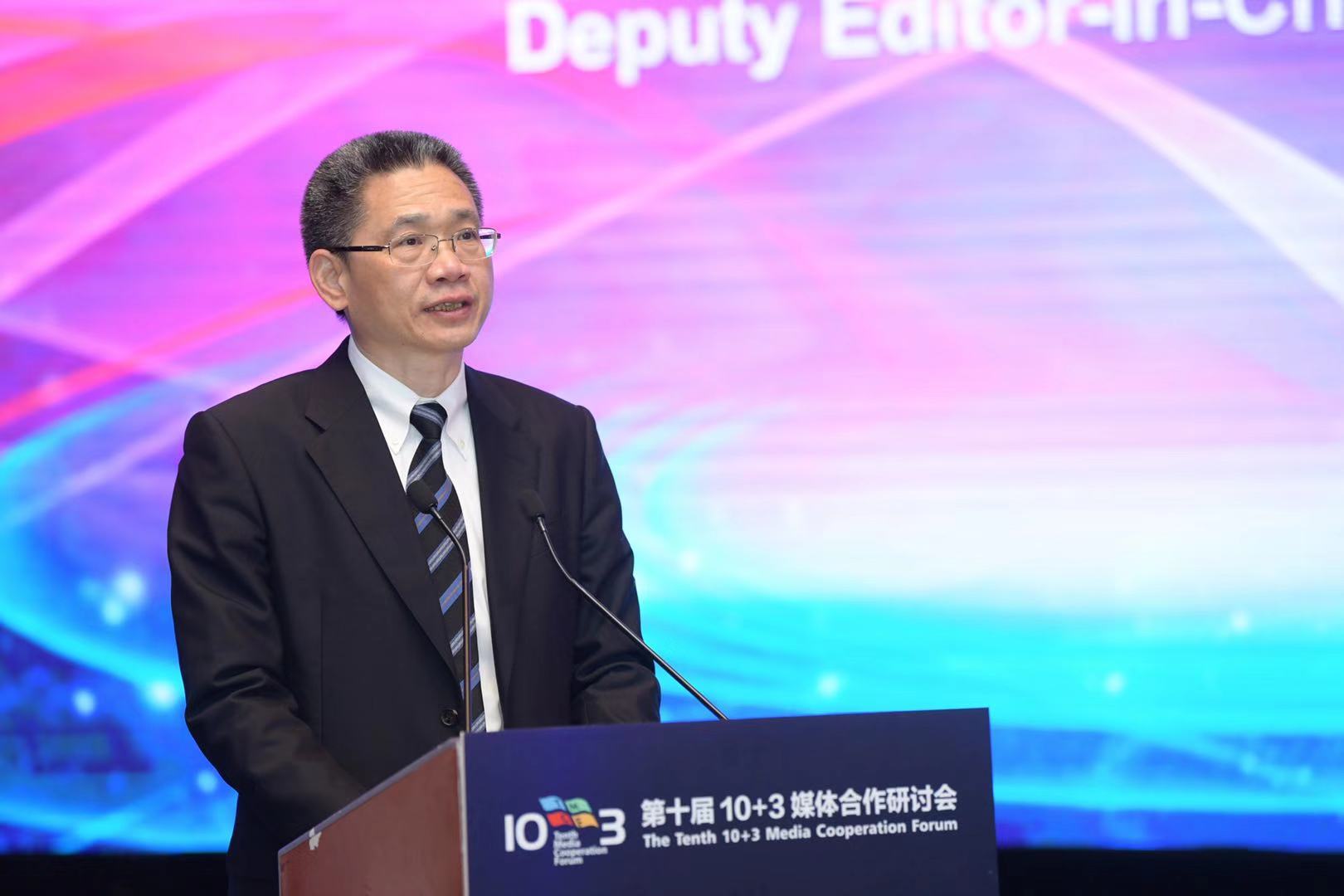 Chengdu (People’s Daily) - The tenth 10+3 media cooperation forum was the held in Chengdu, Sichuan Province on Sunday, on the theme, “An Open and Inclusive China in Asia’s Development and Prosperity.”

Fang Jiangshan, deputy editor-in-chief of People's Daily, said in his opening speech that, as a practical platform and an important carrier for building a community with a shared future for humanity, jointly building the Belt and Road has greatly expanded the development space for mutual benefit and win-win cooperation among Asian countries. The Belt and Road has provided the largest and best global public good for the international community and become a road for development and win-win outcomes. To follow the path of peaceful development obeys the inspiration of history and the spirit of the times, and is an inevitable choice.

“Facing the future, we need to seize this precious opportunity for various parties to come up with pragmatic measures for opening-up and cooperation, and use the advantages of the media to spread the story of the times of jointly promoting peace and development. The media should spread East Asian voices and stories, carry forward East Asian civilization and confidence, promote East Asian development and prosperity, and build East Asian exchanges and mutual trust,” Fang added.

Gan Lin, member of the standing committee and the head of the Publicity Department of the Communist Party of China Sichuan provincial committee, said that Sichuan has carried out all-round and multi-level exchanges and cooperation with ASEAN countries and Japan and South Korea and signed a series of major strategic cooperation agreements in the fields of economy, trade, culture, tourism, education, and media, and implemented a number of major investment projects to achieve mutually beneficial and win-win development in recent years.

“Media cooperation plays an important role in promoting people-to-people connectivity. The in-depth exchanges and discussions we are conducting here will further enhance mutual understanding and trust, build consensus, consolidate friendship and achieve win-win results. We are ready to join hands with friends from the media circles of various countries to create a new prospect for all-round exchanges and cooperation and make positive contributions to the building of an Asian community of a shared future and a community with a shared future for humanity,” said Gan.

The seminar was hosted by People's Daily and undertaken by the Information Office of the People’s Government of Sichuan Province and Sichuan Daily Press Group. More than 60 mainstream media outlets from ten ASEAN countries, six South Asian countries, China, Japan and South Korea as well as over 150 representatives from the Trilateral Cooperation Secretariat attended the meeting. Participants held frank exchanges on "Exchanges and mutual learning: building an an Asian community of a shared future,” "Win-win cooperation: creating innovation-driven cooperation" and "Integrated development: promoting people-to-people connectivity”, and reached broad consensus.