CHINA The unknown facts of US-China Trade: How can China and US reach balanced trade?

The unknown facts of US-China Trade: How can China and US reach balanced trade? 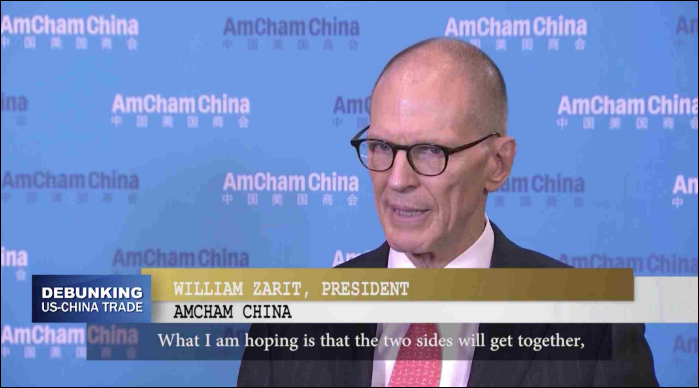 How should China and the US, the world’s two biggest economies, deal with their trade imbalance? Experts call for cool heads – and trade talks.

“I would hope that both sides would understand that it is better to resolve this through discussion, through negotiation, and through good-faith negotiation,” said William Zarit, President of American Chamber of Commerce in China.

“Trade conflict in particular if escalated, could get China, US doing things that even they don’t make any sense, become very dangerous,” said Graham Allison, Former Dean of John F. Kennedy School of Government at Harvard University.

If a balance is to be achieved in the long-term, the two sides need to find solutions within themselves. In the case of China, this may mean further measures to reduce import tariffs and open its markets.

“We need a major shift in our trade policies, as China enters a new era of opening up. We should focus more on increasing imports. This is one of the four measures announced by Chinese President Xi Jinping at the Bo’ao Forum for Asia this year. China will host an Import Expo in November this year in Shanghai. It’s unprecedented for one country to invite foreigners to demonstrate their products on home soil, and encourage its own consumers to buy these products. No other country has ever done this,” said Long Yongtu, Former Chinese Vice Commerce Minister.

As for the US side it, too, should look internally for solutions to its economic problems.

“I think the US strategy should pick US up, not to hold China down," said Larry Summers, Former US Treasury Secretary.

"These are many steps that I think will push our economy forward. Increasing our infrastructure investment, increasing the commitment on basic science, and making investment in increasing hires, and proper rate of subsidies, provide human capital in community college education for our citizens.”