The US bears full responsibility for damaging global interests: MOC

"US trade moves have damaged both countries and the entire world, and the US side bears full responsibility for this damage," China's Ministry of Commerce spokesperson said Tuesday. 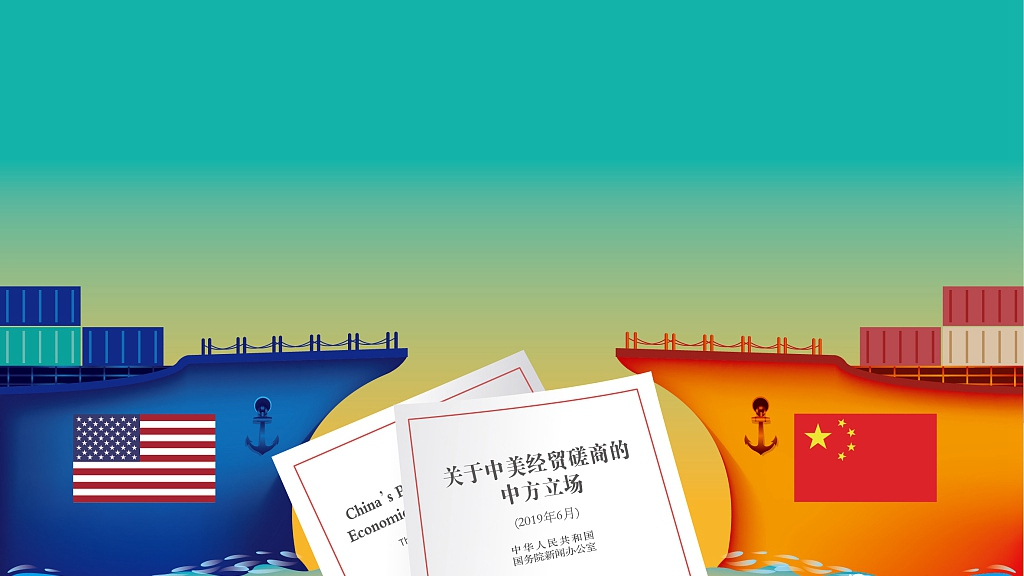 The Office of the United States Trade Representative and US Department of Treasury released a statement Monday regarding a white paper titled "China's Position on the China-US Economic and Trade Consultations."

In a response, China's Ministry of Commence pointed out the US has frequently taken unilateral and protectionist measures on grounds of the trade deficit while ignoring multilateral trade rules and provoking trade friction between China and the US. Meanwhile, in China-US trade consultations, the US attempted to impose its own interests on China, which is typical trade bullying.

China believes that the US trade deficit with China is affected by various objective factors and is the result of market forces. The US has gained a lot from China-US trade, and the theory of the US "suffering losses" is totally untenable.

Since taking office, this US administration has insisted on "America first" as opposed to the interests of the world, flouting international responsibilities and obligations, arbitrarily abusing government power to suppress foreign enterprises and disrupting the global industrial chain and supply chain.

The Ministry of Commerce stressed that China has been advancing China-US trade consultations with utmost patience and sincerity, which is elaborated on in the white paper. It is totally nonsense for the US side to accuse China of backtracking. In the past dozen rounds of negotiations, the US has repeatedly adjusted its demands. However, it casually accused the Chinese side of backtracking, which is nothing but slander. This is unacceptable to the Chinese side.

China always believes that the differences and friction between China and the US in the trade field need to be resolved in the end through dialogue and consultation. But consultations need to follow the principle of mutual respect, equality and mutual benefit. If one side doesn't respect the sovereignty and core interests of the other and tries to pressure the other side to make concessions for a one-way beneficial result, such negotiations are doomed to fail.

China advises the US to abandon wrong moves and to make concerted efforts with China for jointly maintaining the healthy and steady development of China-US economic and trade relations based on mutual respect, equality and mutual benefit.