CHINA The voice of Hong Kong restaurant owner against violence

The voice of Hong Kong restaurant owner against violence

HONG KONG, Jan. 6 (Xinhua) -- A burning petrol bomb whirled into Chan's restaurant in the small hours on Monday, breaking his simple life in such a violent way that he had never expected. 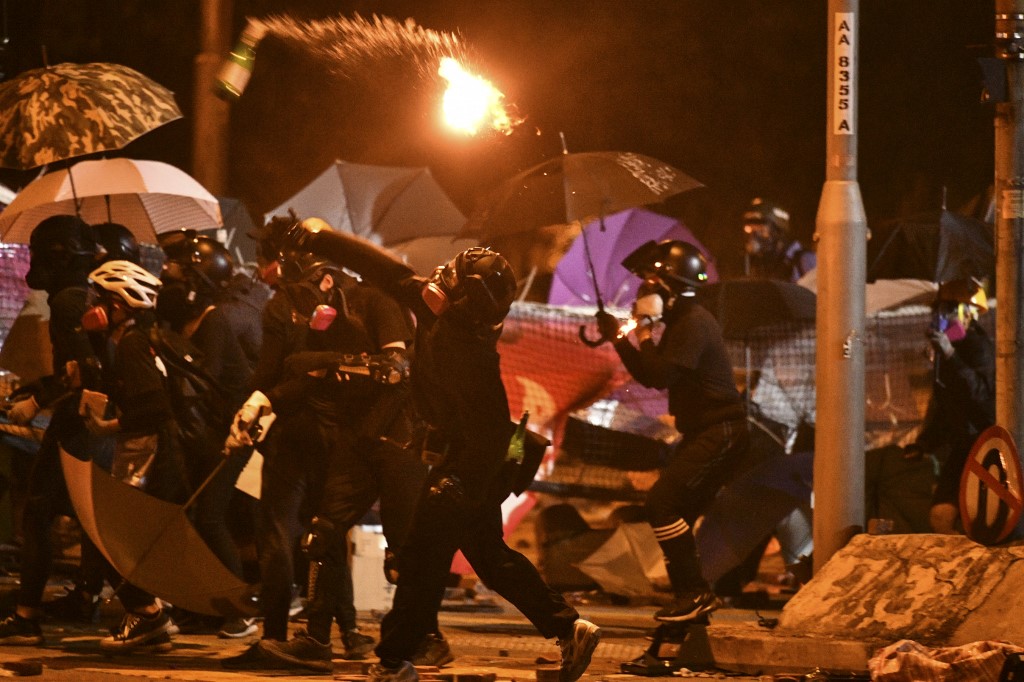 A rioter throws a petrol bomb during clashes with police outside the Polytechnic University of Hong Kong in Hung Hom district of Hong Kong on November 16, 2019. (File photo by AFP)

At about 2:00 a.m. local time, the glass bottle filled with inflammable liquid exploded in the 30-square-meter spicy food restaurant in Sham Shui Po district, Hong Kong. "I and three diners in the restaurant hastily put out the fire. Fortunately, no one got hurt and my restaurant was not on fire," said Chan.

The attackers, two masked men in black, escaped. Police found an unexploded petrol bomb at the scene and the investigation was underway.

In fact, Chan has become the target of rioters for a long time as he made no secret of his support for police on online social media platforms. One of his photos taken in front of a water cannon vehicle, used by police to disperse rioters, was dubbed the evidence of his "guilt."

His personal information was leaked on the Internet. Some spread rumors that he harbored knife attackers and threatened to vandalize his restaurant. Some repeatedly lodged hostility complaints to food hygiene watchdog over the sanitary condition of his restaurant.

The livelihood of Chan, 47, and his family relies on the small restaurant, which remains open till 3:00 a.m. to attract more diners. However, the disruptive and violent acts of rioters made their life even harder.

"They (rioters) silenced people with different opinions by vandalizing shops and restaurants. It is not democracy and freedom, but pure bullying and violence," Chan said in tears. "I'm definitely against violence. They should put forward their demands in a rational way and violence is not a choice."

After Chan was doxxed, some regular customers never showed up, but more new faces come to express support. One late night, a young man came to Chan's restaurant for dinner all the way from Shenzhen just to cheer him up.

"It makes me feel more and more strongly that there are still people in the society who may not dare to make a public statement but firmly oppose violence and support the police at the bottom of their heart," Chan said.

At the beginning of 2020, Chan said he wished for a peaceful new year. "I hope more young people who used to participate in violent activities can regret what they did and make a clean break with their past."