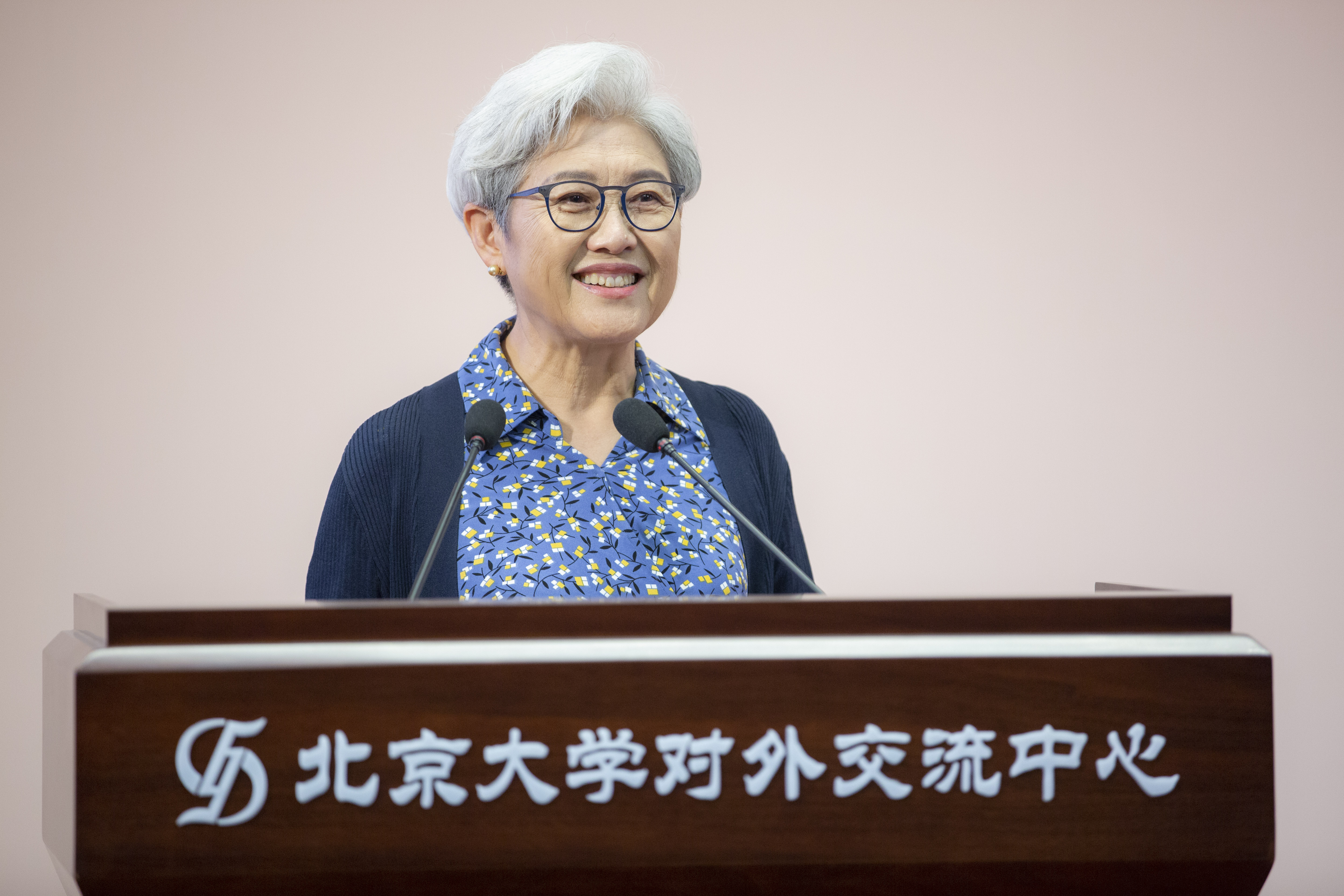 Her new book, Face to Face With You: The Stories Behind Press Conferences, tells how to communicate with Chinese and foreign media as a spokesperson, and how to introduce China to the outside world as a diplomat.

She addressed a keynote speech on the theme of "The world needs more voices from Chinese" at the conference. She pointed out that nowadays most American journalists are used to receiving second-hand information about China from an assortment of channels. Most journalism about China in the US is filled with biases rather than accuracy. However, Americans are often convinced these stories are true because of a lack of direct voices from China.

Similar cases are seen in some books written by Americans talking about China. These books are short in rigorous reasoning and full of personal conjecture, but surprisingly, they are quite popular. When the public in the US reads these books, it's hard to see how they can understand China.

Fu asks how can we offer timely adequate information when foreign public desires to know a rapidly-growing China as it is? She has given her suggestions in her speech.

First, she says we need to establish a conviction that communication is necessary and valuable, particularly since the relationship between China and the US is going through a rather tough time. This necessitates more Chinese information being made available to the American public. Based on this belief, we then need to cultivate the art of communication. What matters is to be respectful, since respect earns respect.

The bottom line of communication, she says, is to be frank and candid. We need to tell true stories, and convince people by these stories. The communication should be results-oriented. The important thing is what the audience has heard, rather than what we try to say.

In the final part of her speech, she expressed her hope for the younger generations. "I hope more and more young people can become communicators who promote the image of China," she says.