CHINA The Yangtze River is getting an important facelift

The Yangtze River is getting an important facelift 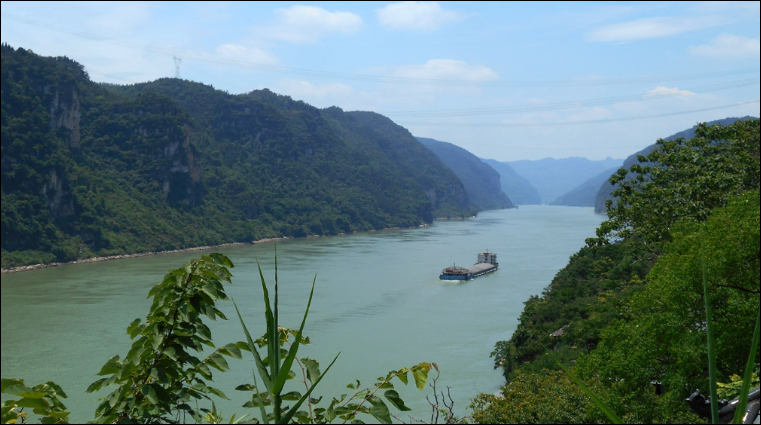 As China's largest river, the Yangtze River is a major water transport artery connecting China's east coast with its western region. Covering 11 provinces and municipalities, the Yangtze River Economic Belt spans an area of about 2.05 million square kilometers, with both its total population and economic output exceeding 40 percent of the country's total.

Chinese President Xi Jinping put promoting environmental protection in this area as the "top priority" after inspecting the management of the environment and construction work along the Yangtze River in last April. "The Yangtze is a mother river of the Chinese nation. We cannot pursue growth by damaging the environment," Xi said.

Measures have been taken to promote the development of the region in the past three years since China announced to build the Yangtze River Economic Belt, and efforts in wharf renovation, green energy promotion and integration of port resources have gradually taken effect.

"The belt is the first regional strategy that prioritizes green development. It puts a rein on the uncontrolled exploitation of resources and aims to restore harmony between man and nature. It has brought about profound changes," said Wu Chuanqing, director of the regional economic integration center at Wuhan University.

Over the past decades, the Yangtze River has provided freshwater and help nurture leapfrog industrial development during China's reform and opening-up. The riverbank used to be studded with steel mills and petrochemical companies, which took advantage of cheap water transport. Statistics show that in 2016, sewerage discharge into the river was 35.3 billion tons, about 46 percent of China's total.

On the bank, wetlands are shrinking and pollution has reached a dangerous scale and level. In the river, water quality deteriorated and fish died en masse. The dire situation called for a holistic approach, such as the one used by the Yangtze River Economic Belt strategy to target the root of the river's problems, officials and researchers said.

In the past three years, dozens of new policies and regulations have been put in place. Facelifts are happening almost every day on the riverbank.

More than 1,254 illegal wharves have been dismantled in the past three years. Boat restaurants that once sold freshly caught and cooked carps were shut down. Since 2017, fishing has been banned in all 332 nature reserves along the river. Large quantities of fish fry has been released into the river to boost fishery resources.

"Lots of fishermen need to change their jobs," said Zhao Yimin, deputy director of the Yangtze River Fishing Supervision and Administration Office under the Ministry of Agriculture and Rural Affairs.

Eastern Jiangsu Province, which borders Shanghai, closed 6,000 chemical firms in the last three years and, in a concerted effort, southwestern municipality of Chongqing aims to remove all companies which have dilapidated equipment from the river by 2020.

"The most remarkable change in the past three years is the increasing awareness in river conservation," said Li Xiuwu, vice mayor of Huangshi, a middle-reaches city on the Yangtze.

"We are making all-out efforts to protect the river, and refrain from excessive development. This has become a solid consensus," he said.