CHINA There is nothing wrong to recommend China's anti-epidemic measures to Germany: Austrian scholar

There is nothing wrong to recommend China's anti-epidemic measures to Germany: Austrian scholar

The Austrian scholar Otto Kolbl co-penned Learning from Wuhan - there is no Alternative to the Containment of COVID-19 with a German scholar last March, calling upon European countries to learn from China's measures to contain the COVID-19 epidemic. He was later appointed as a member of the expert committee on COVID-19 by the German Interior Ministry and participated in writing a strategic paper on how to contain COVID-19. However, about a year later, some media outlets began to launch attacks against Kolbl. Some media outlets including German Focus magazine are peddling a narrative questioning how an Austrian "China hand" with no professional experience became an epidemic prevention consultant in Germany. Some claimed he is neither a sociologist nor an expert in the field of epidemiology. Some questioned why there are so many Chinese elements in Germany's anti-epidemic measures, and took the opportunity to attack China. Facing these questions and smearing campaign, Kolbl who now works at the University of Lausanne, sat down with Global Times reporter Xia Xue (GT) to share his experiences and the true stories behind it. 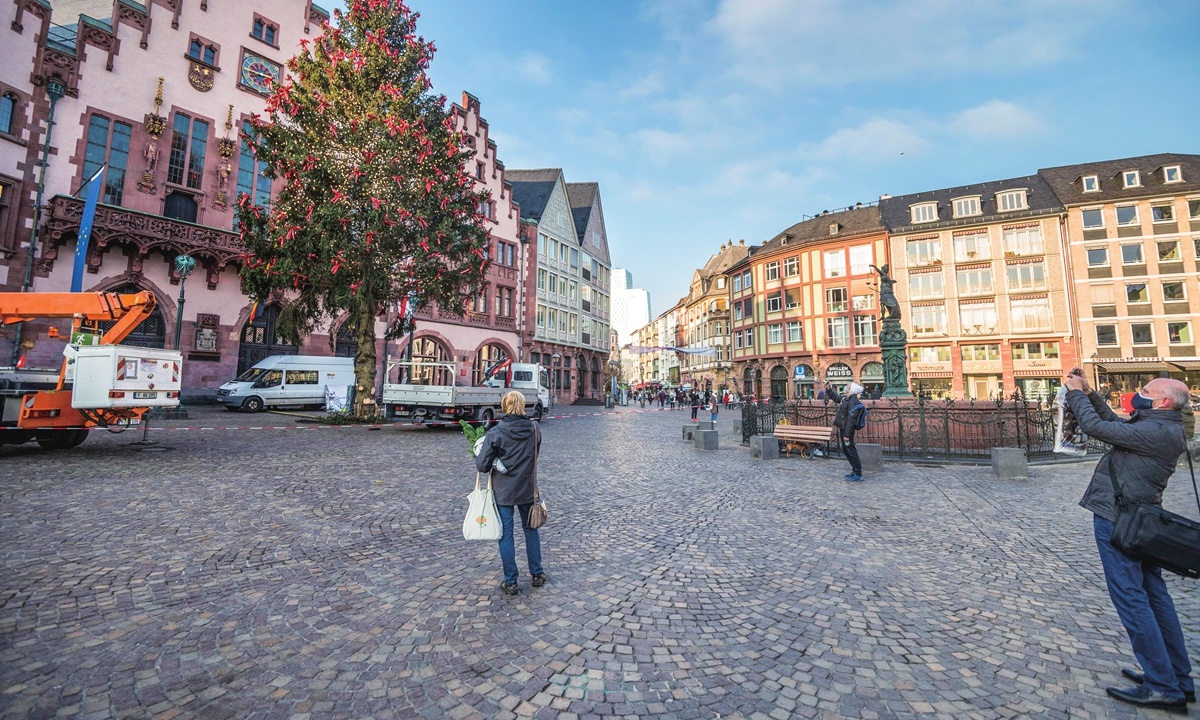 GT：Could you tell us about the process of writing the article Learning from Wuhan - there is no Alternative to the Containment of COVID-19 with German scholar Maximilian Mayer last March?

Kolbl: Since the beginning of the coronavirus outbreak, I have been paying attention to the topic of containing the epidemic. The main data sources we used in our article came from China. After the article was published, it soon attracted widespread attention from the German government as well as academic circles.

We were the first to do an in-depth analysis of China's anti-epidemic achievements and proposed that we should learn from China's anti-epidemic measures. At that time, the mainstream of German academia was still talking about herd immunity, and many even believed that "there was no need to shut down the whole city to fight against the epidemic, and the society could survive the crisis after the vast majority of people were infected and had recovered." Such a view now seems utterly absurd.

GT: Why were you invited by the German Interior Ministry to write a strategic paper on how to contain the COVID-19 epidemic? Looking back, does this paper have strong guiding significance for Germany's fight against the epidemic?

Kolbl: On March 4, 2020, our article was circulated by the German Interior Ministry and the Austrian Chancellery. At the same time, a mass infection broke out in Italy's Bergamo [province in the Lombardy region], and an increasing number of people began to realize that herd immunity is not feasible. As a result, the German Interior Ministry urgently set up an independent committee of experts, hoping to clear up some professional questions. In fact, it was actually a confrontation between us and other government departments, as well as some influential experts and scholars. In addition to myself and Maximilian Mayer, there were several other experts in the field who also served on the committee.

We had only four days to complete the first document. The most important and difficult part was not considering opinions, but the analysis of data, modeling, and the forecasting of the trend. It took us three days to collect data, calculate, and communicate. Finally, the epidemic prevention policy document was completed on March 22, 2020. Although the time was short and the task was heavy, what happened afterward could prove our point of view right.

The hardest part was getting the most influential experts, scholars, and government officials to realize that they are wrong, change their views in a short time, and then implement the policies we recommend.

In the March 22 document that we composed, we accurately predicted that the herd immunity strategy would not only take a considerable amount of time but also paralyze the health system, which would lead to a rapid rise in mortality, with deadly consequences for society as a whole.

Therefore, we recommended in the document that we should learn from Chinese and South Korean governments to conduct large-scale testing and quarantine to contain the spread of the virus. But at that time, some German experts were still peddling the idea that people had to accept that about 60-70 percent of the population would be infected. Even by the end of March, the German government was still discussing the strategy of fighting the pandemic around herd immunity theory.

Since mid-April last year, the German government began to accept our view. But one problem was that the government set the acceptable rate of infection too high and the slow rise in the number of infections over the summer was not given enough attention. Therefore, the second outbreak in the autumn couldn't be contained.

In fact, as early as April 8, 2020, I have successfully predicted the epidemic situation in Germany in September. In addition, we were the first to warn Europe that some COVID-19 patients would face long-term physical after-effects based on data from China. It's until three months later that some doctors began to realize the seriousness of the problem. As a result, our report received a lot of positive feedback in German and other international media outlets, which include Der Spiegel Online and Süddeutsche Zeitung.

We had a lot of support last March and April as many people realized that herd immunity was not reliable. Many Germans, however, still insisted that the experts who spoke of herd immunity were right and only the anti-epidemic measures adopted by politicians were wrong. This also meant that our contribution would have been ignored. Careful readers who are willing to browse through the media and social media platforms can get to know a bit about this. 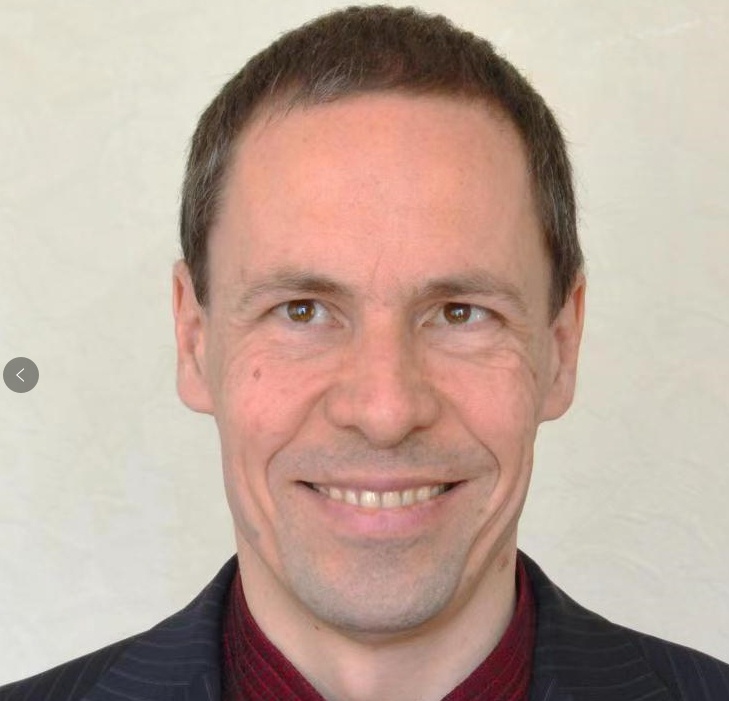 GT：The report written by the expert committee on which you are a member has caused controversy. How do you feel about some German media outlets accusing you of not being a sociologist or an expert in the field of epidemiology, and question some of your previous attention and statements about China?

Kolbl: Long before I pursued my studies in linguistics, I had already studied mathematics and laid a solid data analysis foundation. I once worked at the Swiss National Science Foundation on neurolinguistic research projects. The tasks included diagnosing Alzheimer's disease through conversation analysis, for which I also redeveloped new statistical methods for the project to analyze the data and complete the studies. Then I did my postgraduate studies at the Swiss Federal Institute of Technology in Lausanne, where my research also focused on quantitative and statistical analysis.

I have been using these skills and methods in the research fields of socioeconomics and health policy since 2008. In my doctoral thesis, I also specialized in epidemiological studies.

Those who comment on me in the media only read my introduction on the internet, but have not carefully read my academic articles, let alone confirmed relevant information with me.

This is the way of some Western media outlets; when they try to discredit someone, they can always find some reason to do so, even in the case of a German media outlet that has initially reported positively on our writing on epidemic prevention.

I think the media is doing this partly to cover up the previous failures of Western academics in judging the epidemic, and partly because of the current spread of right-wing extremist movements and ideologies in the West, some right-wingers want to drastically limit the role of the state.

I have been the target of attacks by these right-wing extremists since last summer and what is even more frightening is that they are now gaining support from the Western mainstream media, which should give cause for alarm.

Not only do a few Western politicians, such as former US President Donald Trump, advocate for right-wing extremist ideas, but Western academics and mainstream media also play a major role in promoting extremist ideologies, which are dangerous not only for Western countries but also for the whole world. I think that the Chinese media can educate some Western countries in this regard and play a positive role in spreading the facts.

GT：In the context of the epidemic, the COVID-19 vaccine developed in China is contributing on a global scale. What are your views on the topic of vaccines?

Kolbl: Yes. But at this stage, most EU countries are unlikely to import Chinese vaccines. The biggest resistance comes not from the technical side, but an ideological bias. This inertia will also affect the EU itself, for example, the recent European Commission adopted the "vaccine passport" scheme, but in reality, there are many right-wing people in Europe who oppose vaccination and refuse to accept the fact that they cannot enjoy certain rights because they are not vaccinated. So even if the EU Vaccine Passport is introduced, the effect will be limited.

GT: Since 2006, you have been working at the University of Lausanne while studying "social-economic development in China and other developing countries and their image in the Western media". In addition, you had worked and lived in China. What was your experience in China?

Kolbl: I became attached to China because my ex-wife is Chinese. I worked as a lecturer at Northwestern Polytechnical University in Xi'an, Northwest China's Shaanxi Province, and spent a few months traveling in China, collecting data for my doctoral dissertations, and participating in various academic conferences. So I had the opportunity to learn about Chinese society deeply.

The Global Times learned that Maximilian Meyer, a German scholar who collaborated with Kolbl, had also worked in China for five years, including at the Tongji University in Shanghai and the University of Nottingham Ningbo. His research focuses on China's diplomacy, energy, and environmental protection policies.

Meyer said last year that when Western countries were still pinning their hopes on herd immunity, Asian countries especially China, had adopted a series of strict measures to control the COVID-19 pandemic. He warned that Germany's virus prevention measures had been lagging.

Unfortunately, the European community at that time did not pay much attention to Meyer's words.

But now, many people have realized Meyer and Kolbl were correct all along. Some commented that "Finally someone has said that Europeans are ignorant of Asia," and "China's anti-epidemic measures have achieved results, but we have not learned the lesson."