CHINA Things you must know about the Beijing horticultural expo

Things you must know about the Beijing horticultural expo

January 20 marks the 100 days countdown to the Exhibition 2019 Beijing China. 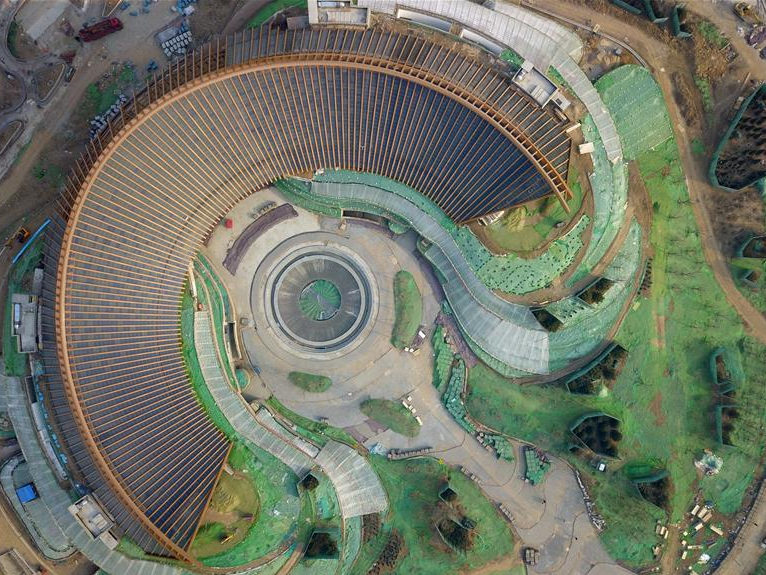 According to the organizing committee, the construction of the expo and its supporting infrastructure has been completed. The interior decoration, mechanical and electrical installation, and exterior components of the four main venues of the expo have come to an end, and exhibits arrangement teams are in place, said Wang Hong, deputy city mayor who is in charge of the expo.

There will be more than 2,500 cultural activities throughout the expo which are expected to promote exchanges and cooperation. The event is genuinely innovatory, stretching from the horticultural sector to many other sectors, like vegetables, fruits and Chinese herbal medicine.

Basic facts about the expo

The expo will be held from April 29 to Oct. 7. It will exhibit the latest achievements in floriculture and fruit and vegetable farming at the foot of the Great Wall in Yanqing.

An estimated 16 million plant visitors are expected to flock into the capital for this 162-day event. More than 110 countries and international organizations, as well as over 120 non-official exhibitors, have confirmed participation. This is set to be the highest attendance in the event's history.

This is the second time for China to hold such a high-level horticulture expo. Southwestern Chinese city Kunming held the expo in 1999.

The theme of this expo is "live green, live better," which has been embodied in the design of the expo gardens and pavilions.

Who will attend the expo

More than 110 countries and international organizations, as well as over 120 non-official exhibitors, have confirmed participation, making it the largest attendance in the global event's history.

What to expect from the expo

The Plant Pavilion, one of the four major pavilions, will house up to 1,000 plant species, including over 100 rare species.

The Chinese Pavilion, which will display the history of Chinese gardening and horticulture, is designed as an earth-sheltered structure.

Technological innovations at the expo

The rainwater collection system on the roof and a storage pond underground will be used for terrace field irrigation. More than 1,000 photovoltaic glass panels have also been installed on the steel roof to utilize solar energy.

Construction waste, such as stones and slush, has also been turned into walls, roads and a 25-meter-tall hill, on which visitors will be able to overlook the entire expo area.

(With input from Xinhua and China Plus)