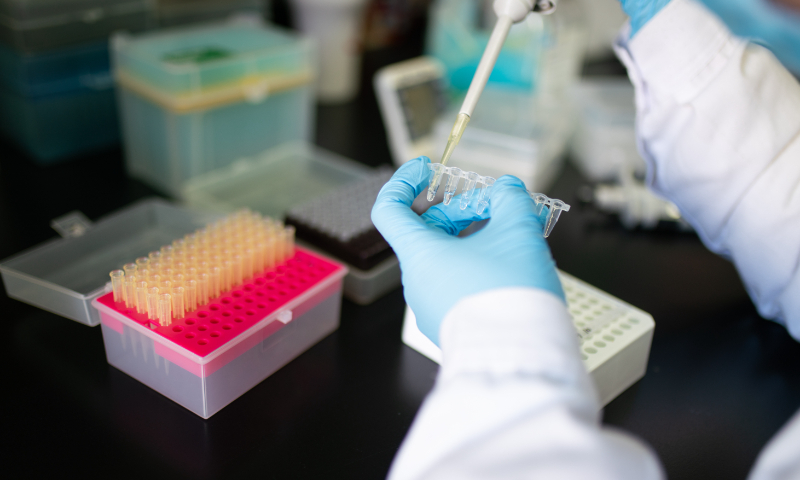 A Beijing-based COVID-19 testing laboratory was scrutinized by the police for improper testing process with criminal compulsory measures declared against eight suspects. This is the third virus testing facility to be investigated in the current outbreak of COVID-19 in Beijing.

Pan Xuhong, Deputy Director of the Beijing Municipal Public Security Bureau, informed in a conference on Sunday afternoon that Beijing's Zhongtong Lambo Medical Testing Laboratory is under police investigation. After an initial enquiry, police found that the lab, in order to save costs and keep up with its schedule, seriously violated the operational norms for COVID-19 testing by mixing multiple tests even though it knew that the excessive amount of mixed tests could lead to inaccurate results. The company is suspected of obstructing the prevention and control of infectious diseases.

In general, the standard for mixed nucleic acid testing for low-risk residents of Beijing is five or ten samples mixed in one tube. For at-risk populations, single-sample tests are taken.

The lab was ordered to immediately stop its practice and cooperate with the public security department on the investigation. Procedures regarding the revocation of its license have started, the authorities said.

Zhongtong Lanbo is a subsidiary of China Tongjiao, a Hong Kong-listed company. Currently, eight staff, including its 52-year-old legal representative surnamed Zhang, were put under criminal compulsory measures by the police according to the law. The case is undergoing further review.

This is the third case of a virus testing lab under investigation in Beijing in the last nine days.

On Friday, Beijing Jinzhun Medical Testing Laboratory was charged as suspect of breaking the law for mixing multiple samples for testing. Its legal representative and 17 other suspects were put under criminal compulsory measures.

On May 21, the health department revoked the license of the Beijing Pushi Medical Laboratory because the amount of tests was significantly lower than the number of samples collected. The market regulator opened a case for investigation and six suspects, including the actual controller and legal representative of the laboratory, were put under criminal compulsory measures.

In an effort to ease the pressure on testing facilities and citizens and further promote the orderly restoration of production, some cities that are stepping out of the shadow of outbreaks are gradually relaxing the requirements for the frequency of nucleic acid testing for residents.