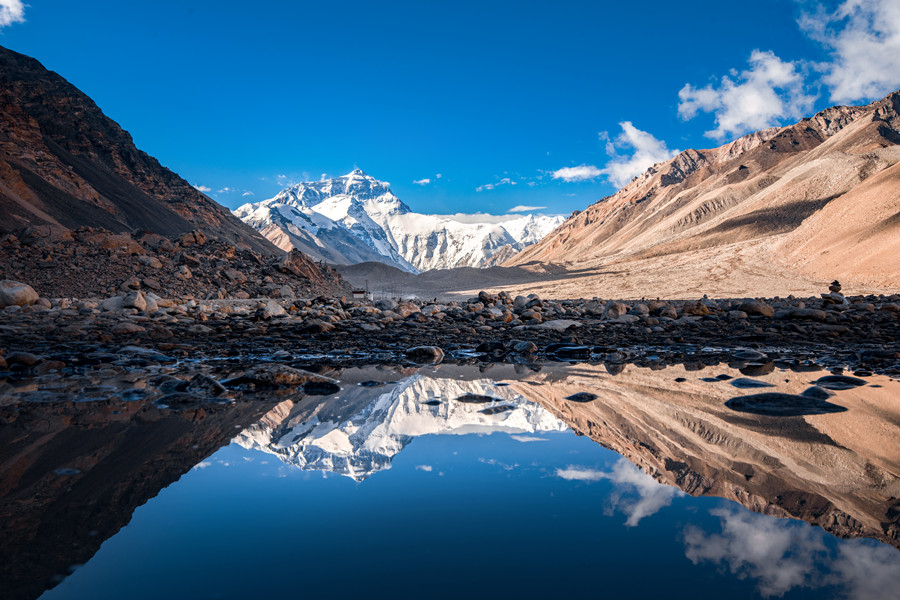 A view of Qomolangma in June 2017. (File photo: China Daily)

BEIJING, May 8 (Xinhua) -- Researchers have predicted that the glacial lake outburst flood risk in the Third Pole will potentially almost triple in the future due to continuous ice loss, according to a recent research published in the journal Nature Climate Change.

Warming in the Third Pole is leading to rapid loss of ice and the formation and expansion of glacial lakes, posing a severe threat to downstream communities.

An international team, led by researchers from the Chinese Academy of Sciences and the University of Geneva, provided a holistic assessment of evolution, present state and modelled future change of glacial lakes over the Third Pole.

Their results showed that the eastern part of the Himalayas faces at least twice the risk of glacial lake outburst flooding than the adjacent regions.

In the future, glacial lake outburst flood risk will potentially almost triple as a consequence of further lake development, and additional hotspots of the risk will emerge in the western part of the Himalayas, the researchers stated.

They called for collaborative and long-term approach to mitigate future impacts and enhance sustainable development across the Third Pole.