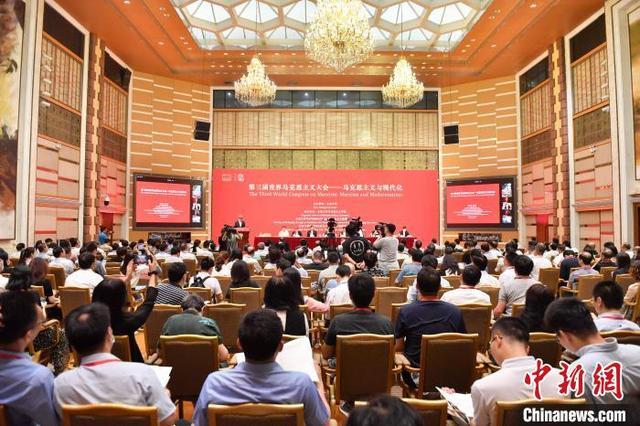 Scholars from home and abroad attend the opening ceremony of the third World Congress on Marxism at Peking University in Beijing, July 17, 2021. (Photo: Xinhua)

BEIJING -- Nearly 300 Marxist scholars from home and abroad on Saturday attended the opening ceremony of the third World Congress on Marxism, which was held both online and offline by Peking University in Beijing, according to organizers.

"We are committed to promoting dialogue and exchanges between Chinese and foreign Marxist academic circles, hoping to expand the global influence of Marxism and enhance the vitality of Marxism through the event," said Qiu Shuiping, Peking University's Party chief.

As an important platform to promote international research on Marxism and boost academic exchanges in the field, the World Congress on Marxism was inaugurated by Peking University in 2015.