CHINA This disappeared oasis is returning to NW China's desert

This disappeared oasis is returning to NW China's desert 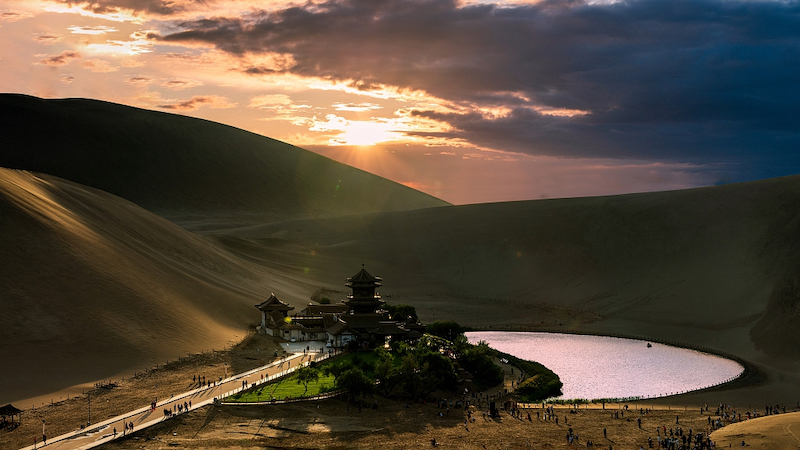 On August 19, 2019, good news about an oasis was published and caught the public's eye: The Yueya Spring (Crescent Moon Spring) has maintained a stable water level, meaning it temporarily avoided disappearing completely.

The Yueya Spring is located in the Gobi Desert of Dunhuang City in northwest China's Gansu Province. It is considered a wonder of the Gobi Desert, as it is a natural oasis which appears in the shape of a crescent moon with crystal clear water, and this is why its name stuck. 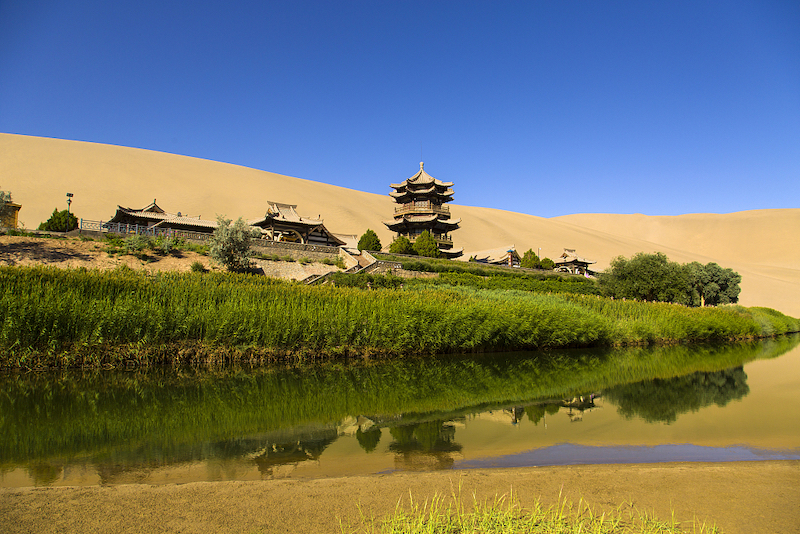 Yueya Spring is an oasis in the Gobi Desert. (Photo: VCG)

This oasis has been considered as one of the "Eight Great Sights in Dunhuang" since the Han Dynasty (202 BC - 220AD). However, in the 20th Century, problems like soil-erosion and the destruction of vegetation due to over farming meant the Yueya Spring kept losing water and almost dried up completely.

Since 2016, the government published a series of renovation projects to bring back the spring water by preventing well digging and reclamation activities, and to get drainage from rivers to supply the underground water network that will flow to the Yueya Spring. 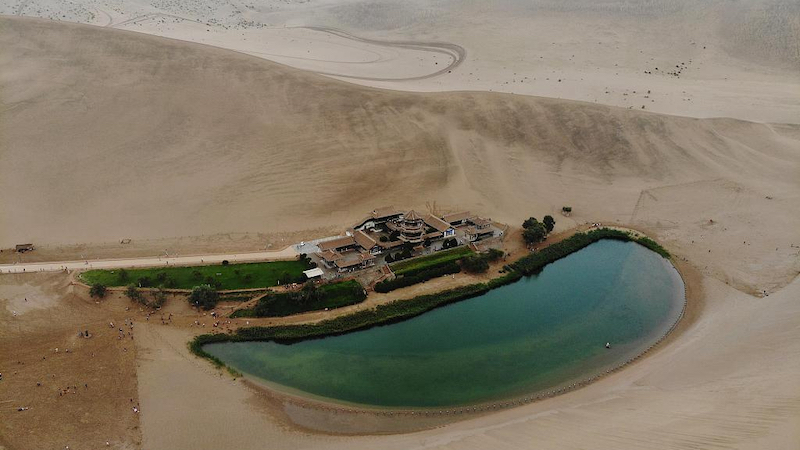 Currently, Yueya Spring is between 1.35 meters to 1.5 meters. The better environment not only ensures the existence of this beautiful oasis, but also restores the local ecosystem as some endangered species like a subspecies of European carp which now appears more frequently in the flourishing algae.