CHINA Thousands of jobs on offer at Minhang fair

Thousands of jobs on offer at Minhang fair 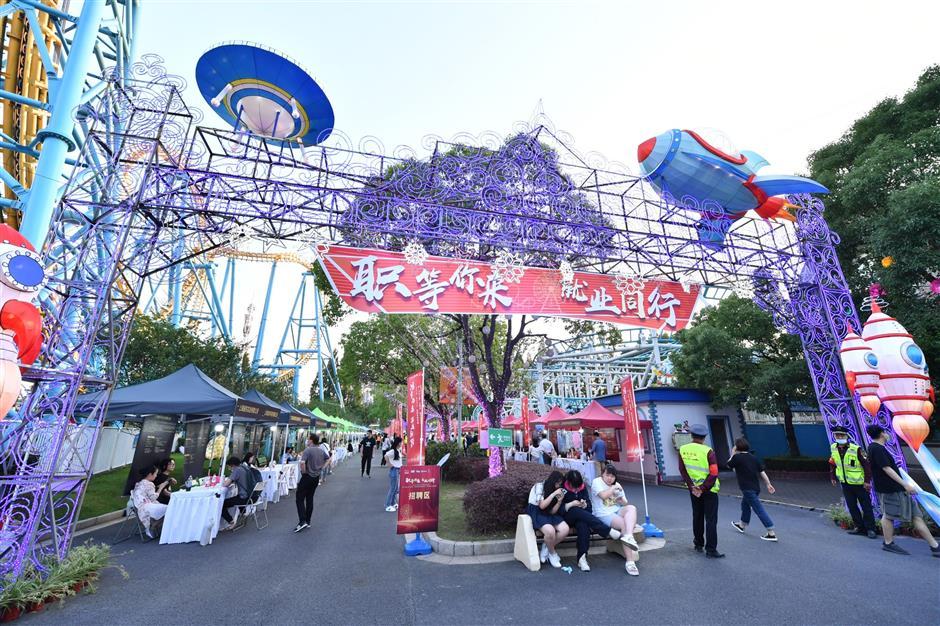 Some 200 companies offered over 3,200 posts at the job fair at Jinjiang Amusement Park on Monday. (Photos: SHINE)

More than 3,200 posts were on offer at over 200 enterprises or institutions at a job fair for college graduates in Minhang District on Monday.

Positions offering flexible employment were available for the first time at a fair in the city.

There were vacancies in finance, technology, sales, human resources, service sectors and management, with graduates majoring in software engineering, Internet and data analysis the most sought after.

Some companies at the fair opened online channels for candidates.

Over 1,600 people took part in the job fair. Employers received 2,118 resumes including 437 for flexible job positions, and 922 applicants had reached initial agreements.

An interviewer from a Minhang-based logistics company said it had eight types of jobs and over 20 posts available.

Three candidates, graduates majoring in computer applications, said they had given their resumes to more than five companies at the fair.

One of them, Ye, said: "I like one of them very much. I hope I can receive a job offer from it."

Some graduates were trying to find jobs online and offline at same time.

"I had already sent my resume to more than a dozen of companies online before the job fair," said Gu, a Shanghai Normal University graduate who majored in film and television production. "I found a company that I am really into, I hope there are matching positions for me."

"Compared to some senior students, it seems easier for us to find a job this year than last year," Gu said.

There were also applicants who were not graduates seeking opportunities at the fair.

A 26-year-old man who said he quit his last job two months ago found some tourism-related companies at the fair that appealed to him.

An interviewer from Shanghai Pepsi Cola said the outbreak of coronavirus had not affected its recruitment plans. 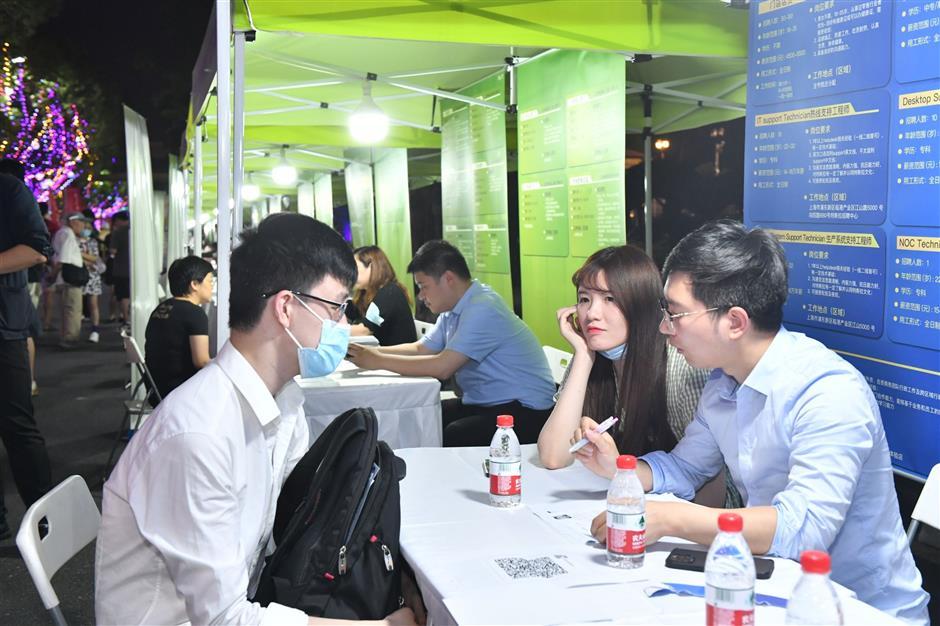 A candidates interviews for a position. 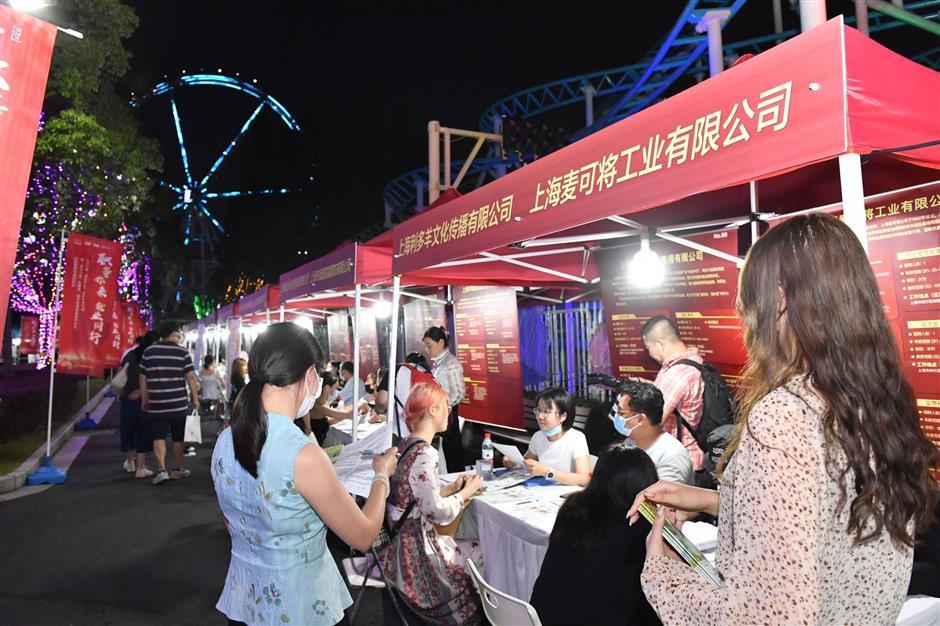 Applicants wait to talk to an HR official at the job fair.