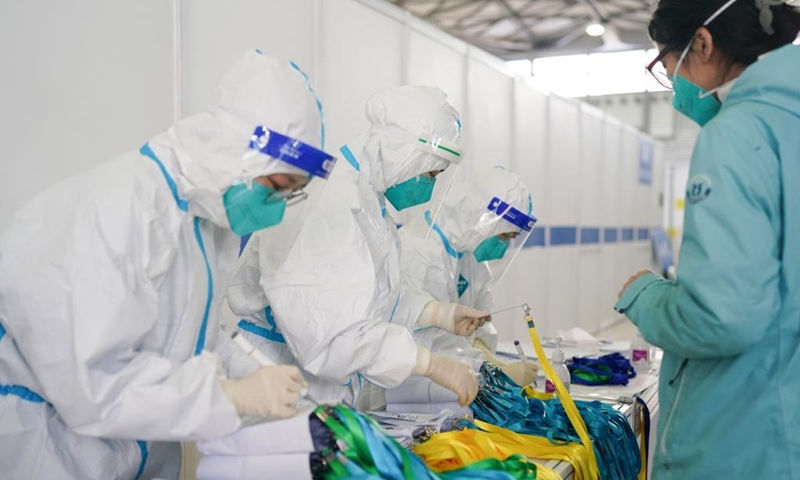 Around 10,000 medical workers from several regions across China have arrived in Shanghai in recent days to help the fight against COVID-19 as the city has seen surging infections, local health authorities said Sunday.

On Sunday, thousands of medics from regions including Tianjin and the provinces of Hubei, Jiangxi and Shandong arrived in the megacity with a population of 25 million by 10 high-speed trains.

"All 30 members of our team volunteered for the work, with many once taking part in the epidemic fight in Hubei," said Hao Shu'an, head of a medical team from Jinnan District of Tianjin.

Some medical teams are already working in makeshift hospitals and are ready to receive mild cases and asymptomatic carriers, according to the Shanghai Municipal Health Commission.

Over 650 medics from Anhui Province are working with a local medical team at a makeshift hospital in Chongming District that offers over 2,700 beds. The hospital was scheduled to receive the first group of 1,300 mild cases and asymptomatic carriers on Sunday night.