HANGZHOU, Aug. 11 (Xinhua) -- More than 21,000 service personnel and militia members have been engaged in rescue and relief as of Sunday morning since a serious typhoon landed in eastern China's Zhejiang Province Saturday. 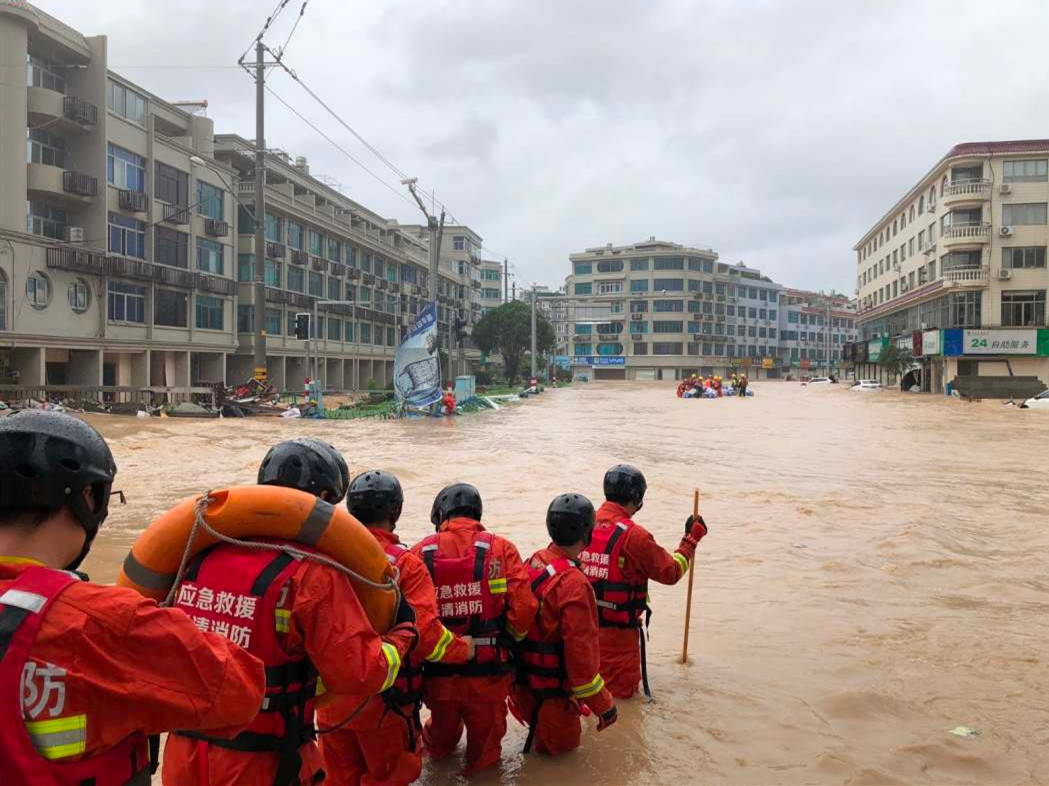 About 400 vessels have been dispatched and helped rescue and evacuate more than 33,000 local residents as of 8 a.m. Sunday, the military source said.

Lekima, the ninth typhoon of this year, landed around 1:45 a.m. Saturday in Zhejiang, bringing heavy rainstorms and triggering flash floods.

The military has helped repair 247 km of roads, clear about 3,200 meters of rivers and transport 105 tonnes of relief material, the source said.

Military rescue teams were called to the city of Taizhou, where a large part of urban areas suffered power cuts, shortage of tap water and disruption of communication early Saturday morning, the source said.

They rushed to a small village in nearby Wenzhou where about 120 villagers were stranded due to a serious landslide caused by the downpour, rescued trapped tourists in Huzhou and moved out villagers in flooded houses in Ningbo.

According to the local authorities, a total of 30 people died and 18 remain missing as of Sunday noon.