CHINA Thousands of volunteers sign up to help medical research

Thousands of volunteers sign up to help medical research 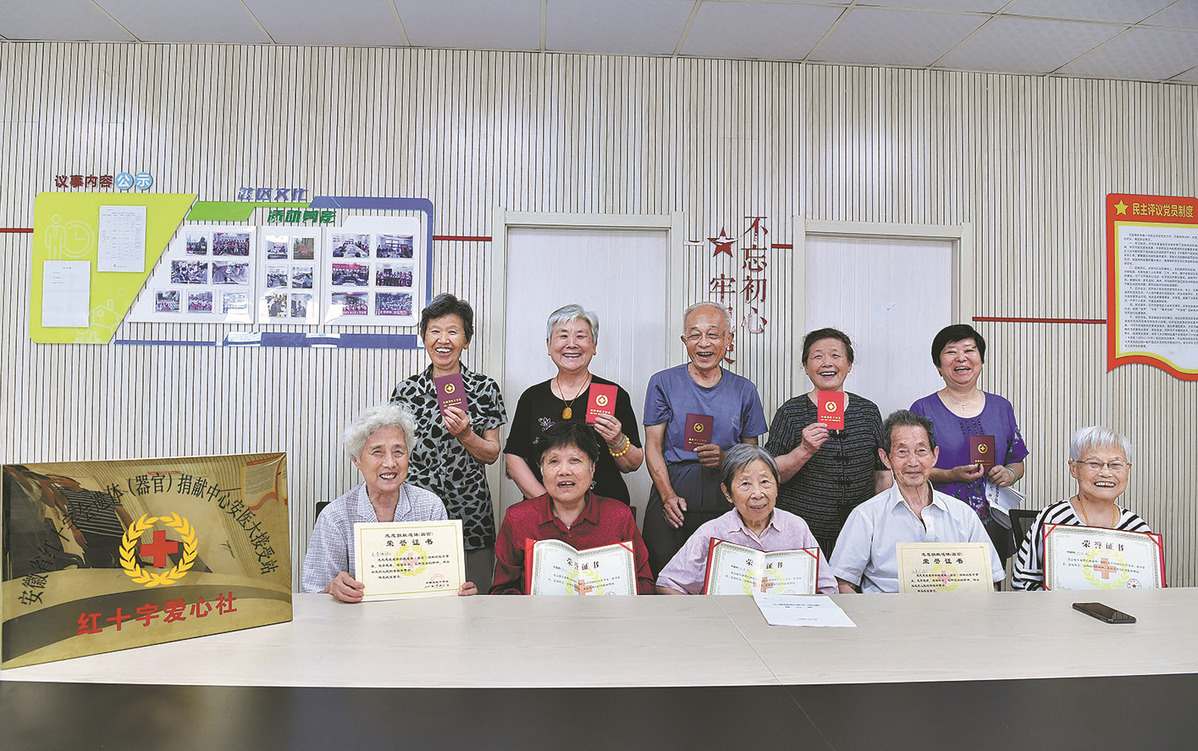 Residents from the Youdianxincun community in Hefei, Anhui province, pose with certificates showing they have agreed to donate their bodies and organs for medical research. Photo provided China Daily

As his last wish to donate his body for medical research was realized, 37 more people from his community followed Wu's example. The eldest volunteer is 92 and the youngest about 50.

Fu Jie, an official with the body donation center at the Red Cross Society in Anhui, said some 12,000 people in the province have volunteered to donate their bodies after death, and about 1,200 donations had been made as of August.

About 5,000 people have signed up with the body donation center at Anhui Medical University in Hefei, the largest of four such centers in the province.

"We refer to a corpse as 'the teacher who never speaks', but medical students in China don't have enough of these special teachers," Fu said.

"We hope that every four to six students can have a corpse for anatomy courses, while the stark reality is that eight of these students from Anhui Medical University can barely get one body," he said, adding that the situation at other universities could be worse.

Although more people are becoming aware of the shortage and importance of body donors for medical progress, most of them are seniors, Fu said.

He added that medical teachers and students fully respect a body. For example, they stand in silent tribute every time before a corpse is used for teaching purposes.

Donors from Wu's community said that sometimes it was hard to persuade their children to agree to their decision to donate. Such agreements were required until this year.

In January, the Civil Code took effect. The first such code in China since 1949, it stipulates that anyone can donate their body or organs of their own free will, as long as the donor bears liability for such an act.

"It means a donation can be completed without the agreement of the donor's spouse and children," Fu said.

He added that he has noticed that awareness of such donations has been increasing among younger people.