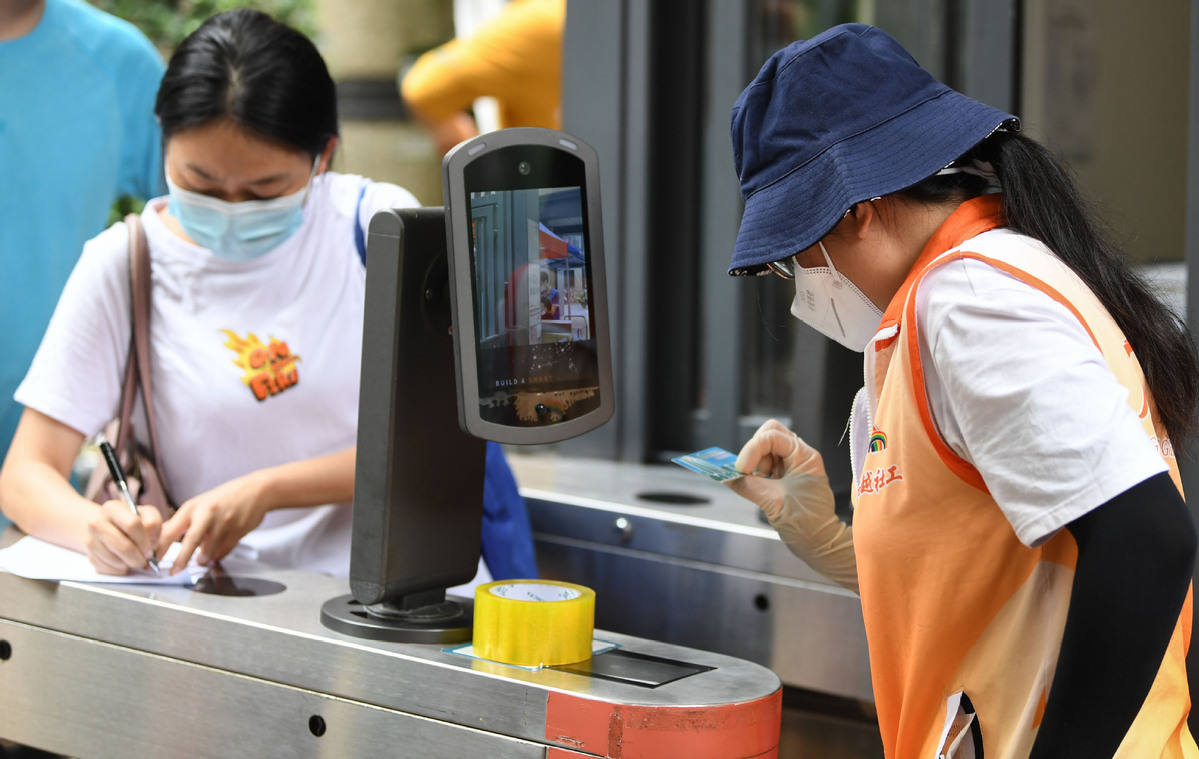 A resident registers before allowed to leave the community at a residential community in Liwan district, Guangzhou, Guangdong province, May 29, 2021. (Photo: Xinhua)

Three asymptomatic carriers belonging to three generations, including a 13-month-old girl, are now in stable condition in a hospital in Foshan city, located about 20 kilometers away from Guangzhou, capital of Guangdong province, according to a statement released by Foshan city government on Saturday.

The first case surnamed Chen, 56, who has Guangzhou hukou, or household registration, was immediately put under quarantine for further medical observation when her acid nucleic testing result came out positive on early Friday morning.

Chen, who lives in a housing estate in Foshan's Nanhai district, was detected to be an asymptomatic carrier after undergoing second positive result of acid nucleic testing, further CT examination and group consultation of medical experts, the statement said.

The three have now been sent to Foshan No Four People's Hospital for isolated observation and treatment, the statement said.

Liang and his daughter were reportedly caught the virus through Chen. The three live together.

Last week, another three people of three generations were also found to be two confirmed cases and an asymptomatic carrier in Liwan district of Guangzhou. The three include a 74-yeaer-old grandmother surnamed Song, her 38-year-old daughter-in-law surnamed Lei and 11-year-old grandson surnamed Xu. Song and Xu were confirmed to be COVID-19 patients while Lei was asymptomatic carrier. All are now Guangzhou No. Eight People's Hospital, a designated hospital for COVID-19 patients, for further medical observation and treatment. All are in stable condition.

Chen Bin, deputy director of Guangzhou City Health Commission, said the coronavirus that has recently been detected in Guangzhou and Foshan spreads fast and has strong transmission ability.

To prevent and control the virus from spreading in the city, Guangzhou has tightened measures to fight against the virus, Chen said at a press conference in Guangzhou on Saturday.

Guangzhou's Liwan, Haizhu and Yuexiu districts have organized mass acid nucleic testing for all their residents, and urged locals to be vaccinated against COVID-19, she said.