"Zhurong," a fire god in ancient Chinese mythology, tops the list while "Nezha," a beloved Chinese mythological figure, and "Hongyi," which means having a broad and strong mind in Chinese, ranked second and third, respectively. 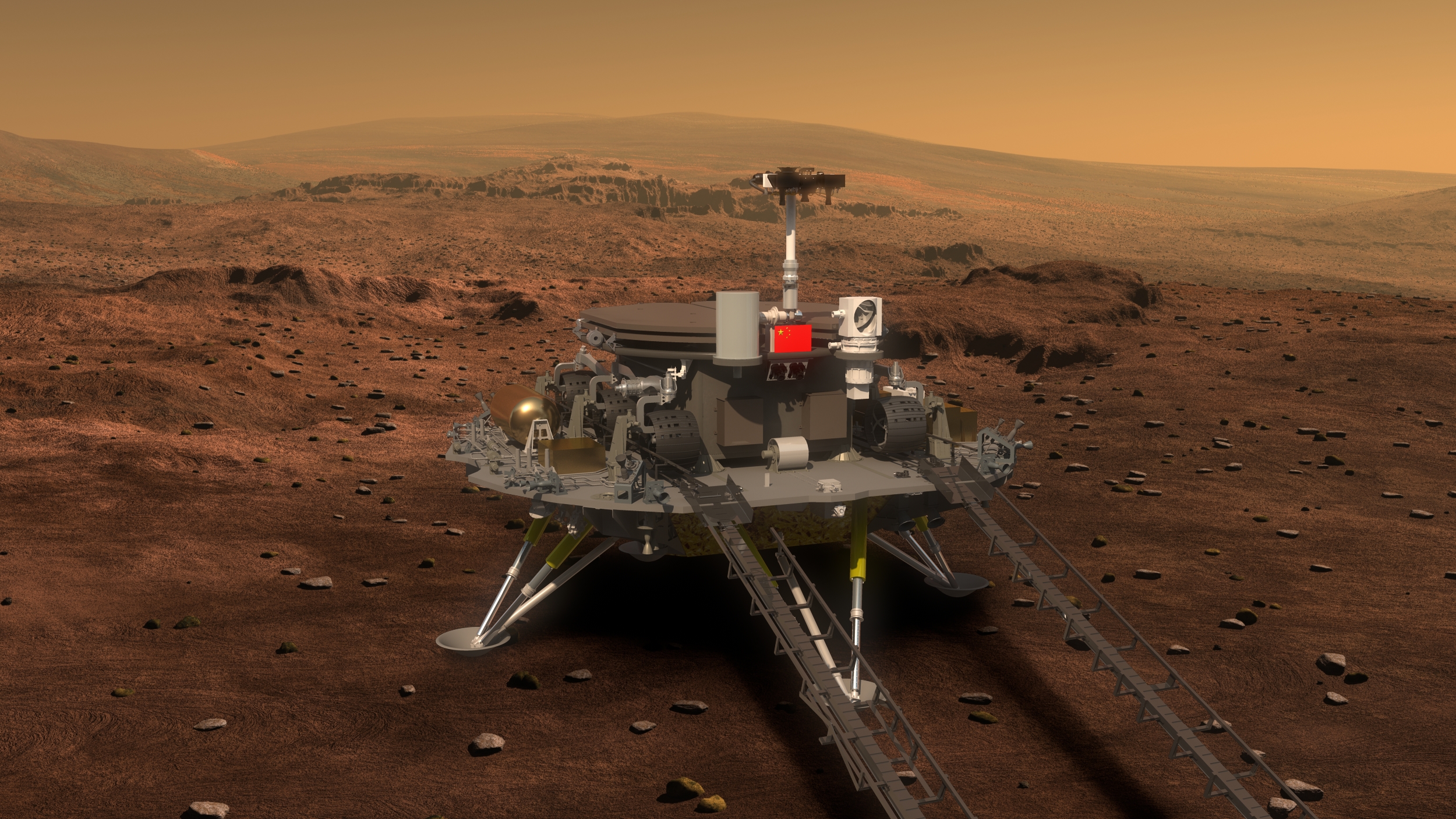 Picture released on Aug. 23, 2016 shows the concept portraying what the Mars rover and lander would look like. (File Photo: Xinhua)

The China National Space Administration in January unveiled a list of 10 selections for the name after a global naming campaign that kicked off in late July 2020. Netizens at home and abroad were invited to vote on 10 candidates from Jan. 20 to Feb. 28.

Starting Tuesday, a panel of experts will also vote for the final candidates. The administration will decide the top three names based on public voting and expert opinions.

China launched Tianwen-1 on July 23, 2020. The spacecraft, consisting of an orbiter, a lander and a rover, entered the parking orbit of Mars after performing an orbital maneuver on Feb. 24.