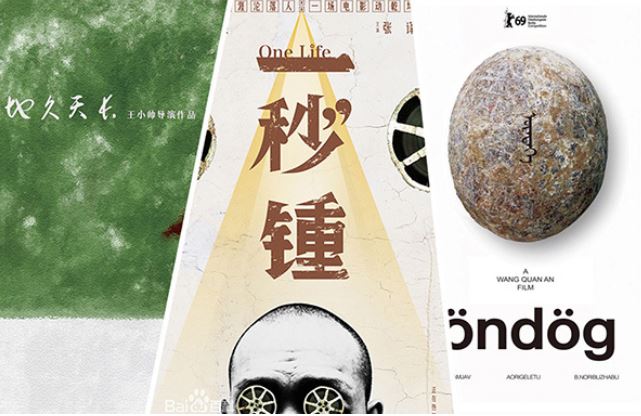 The posters for (from left to right) Di Jiu Tian Chang, One Life, and Öndög. (Photo: The Paper)

Chinese directors Wang Quan'an and Wang Xiaoshuai have been shortlisted for the main competition at the 69th Berlin Film Festival. According to an industry insider, the director Zhang Yimou will also take part in the competition.

The film festival will take place from February 7 to 17. French actress Juliette Binoche will be the Jury President.