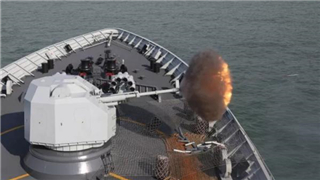 Three fleets of the Chinese Navy recently participated in drills, one of which coinciding with the drills of three US aircraft carrier groups in the Sea of Japan, State media reported on Wednesday. The Chinese Navy drills involved missile attacks, air defense, wartime minelaying and wartime replenishment, as well as rescue missions, news site navy.81.cn, a website affiliated with the Jiefang Daily, reported. Naval drills in the East China Sea on November 13 included targeting floating mines and the use of sea-to-land arms.  Chinese naval experts carefully observed and assessed the drills.Three US aircraft carrier groups conducted simultaneous drills in the Sea of Japan between November 11 and 14, and joint drills with the Japan Maritime Self-Defense Force on November 12. News site navy.81.cn also said a Chinese naval fleet participated in military confrontation training in the South China Sea together with 10 fighter jets. The destroyer fleet in the Yellow Sea held separate drills for five days under turbulent sea conditions, the report said.