JINAN, Nov. 15 (Xinhua) -- One person was rescued while three found dead and another remained missing after a fishing boat capsized in the sea southeast of Weihai City, east China's Shandong Province, on Sunday, according to maritime rescue authorities. 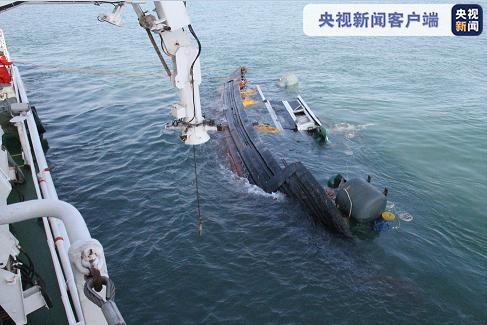 The Beihai Rescue Bureau of the Ministry of Transport received a request for help from the rescue center in Weihai at 4 a.m. on Sunday, saying five people on board the Shandong-registered boat fell into the sea when the boat overturned.

The bureau sent a helicopter and two rescue vessels to the scene. The rescued person has been sent to the hospital for treatment. The search for the missing is continuing. Enditem