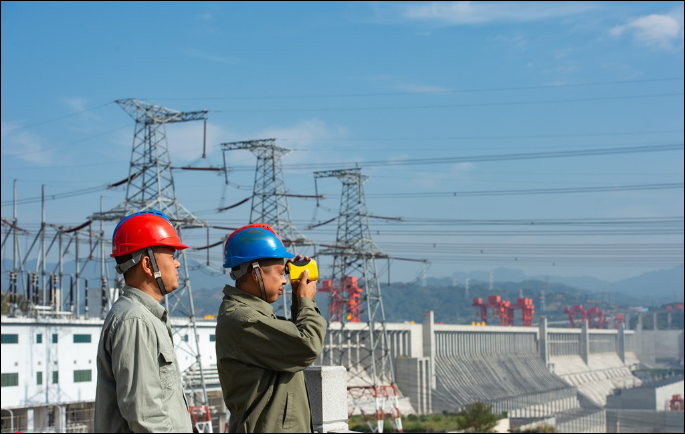 The electricity generated by the Three Gorges Dam, a gargantuan structure straddling the Yangtze River in China's Hubei province, exceeded 100 billion kilowatt hours this year, the news outlet The Paper reported on Friday.

The figure set a record for a single hydropower station in China, and also outperformed the dam's 2018 target of 92.3 billion kilowatt hours.

By the end of this year, the accumulated power will total close to 1.2 trillion kilowatt hours, said The Paper, quoting Wang Lin, general manager of China Three Gorges Corp.

In 2018, the upper reaches of the Yangtze River received a large amount of rainfall. The company managing the dam was able to recycle small and medium-sized floods by promoting forecast capacity on water and rain conditions, analyzing the coming water volume, and enhancing scheduling ability.

This year, the generator ran for 1,184.37 hours, including 352.38 hours at full capacity, and the accumulated power added 5.2 billion kilowatt hours under conditions that conserved water.

He also said the 100 billion kilowatt hours of electricity can support the creation of a GDP in China worth 1.2 trillion yuan ($170 billion).

The Three Gorges Dam is the world's largest hydropower project, and a power supplier in China that bears the task of facilitating west to east electricity transmission and south and north power complementation. It has a combined generating capacity of 22.5 million kilowatt hours and a designed annual generation capacity of 88.2 billion kilowatt hours.

The dam has contributed to the maintenance and promotion of the Yangtze River Economic Belt, driven clean energy production, and served the country's energy structure adjustment, Wang Lin said.