WUHAN, July 8 (Xinhua) - The Three Gorges Dam on China's Yangtze River has not hit its maximum flood-intercepting capacity as the river's first flood of the year passed through the dam last Saturday, its operator said. 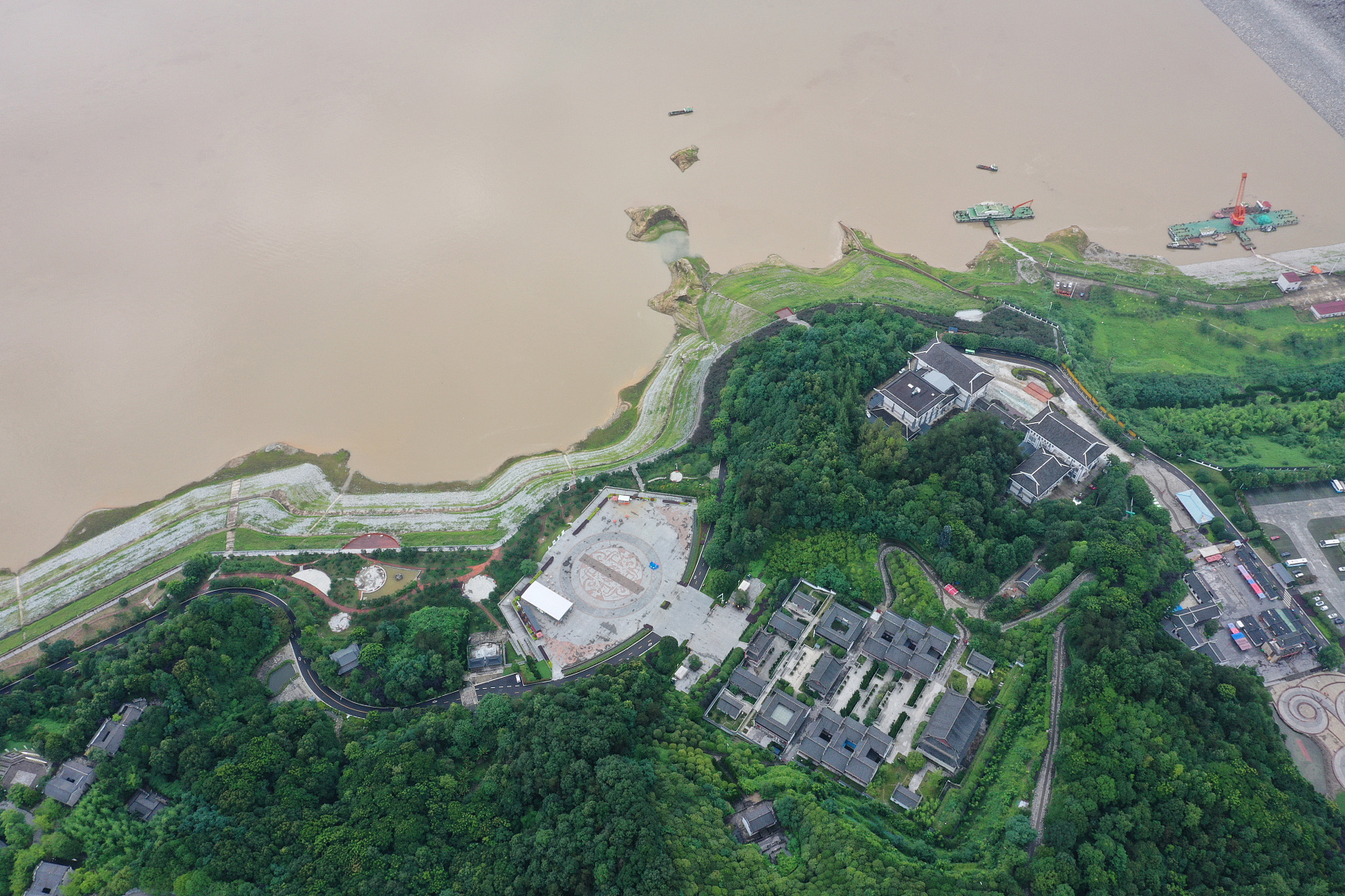 The dam still has leeway to deal with even greater flooding in the country's largest river, the Three Gorges Cascade Dispatch and Communication Center said.

"The current flood situation in the Yangtze River's main course is not particularly severe, so the reservoir's flood storage capacity has yet to be fully utilized," said Bao Zhengfeng, director assistant of the center.

The river's first flood this year arrived at the Three Gorges dam on July 2 with a peak flow rate of 53,000 cubic meters per second, raising the reservoir's water level to 149 meters after the passage of the flood. Bao said, however, the reservoir can handle a water level as high as 175 meters.

The China Three Gorges Corporation said the dam was expected to absorb up to 18,000 cubic meters of water per second during this round of flooding, to take the edge off the deluge.

The massive dam is in Yichang, central China's Hubei Province. Before every flood season, its reservoir releases water to ensure enough storage capacity. When the deluge comes, the dam will impound water to whittle down the flood, thus protecting downstream cities and villages.

Bao refuted claims that the dam's discharge of floodwater caused flooding in downstream cities, saying some cities experienced waterlogging after intense downpours overpowered their drainage systems, not as a result of the flood in the Yangtze.

Since June, continuous downpours have lashed large parts of southern China, raising the water levels in many rivers to exceed warning levels.

The Three Gorges project is a multi-functional water control system, consisting of a 2,309-meter-long and 185-meter-high dam, a five-tier ship lock, and 34 hydropower turbo-generators.

"The Three Gorges Dam has played a big role in flood control since it began operation. In 2010 and 2012, we weathered the deluge of over 70,000 cubic meters per second, and ensured the safety of the downstream basin," Bao said. Enditem