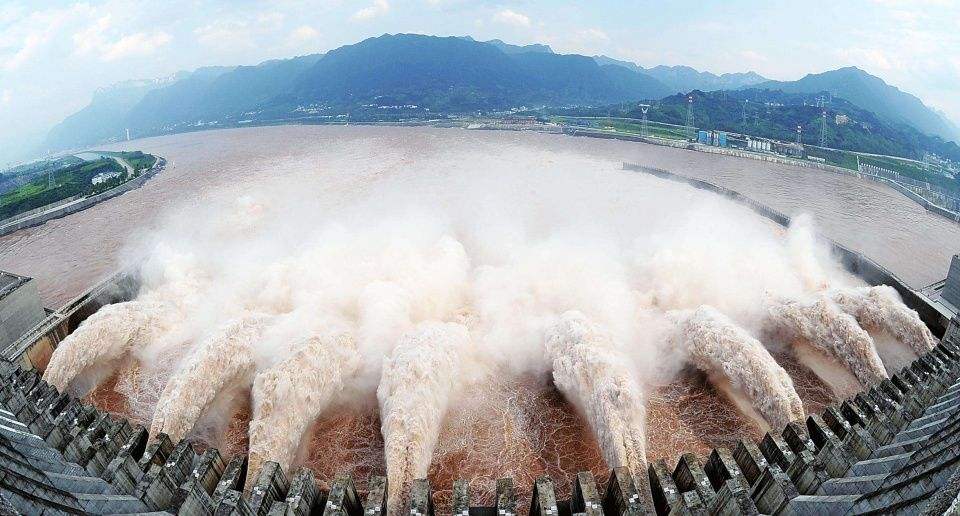 China's Ministry of Water Resources and National Development and Reform Commission announced on Sunday the official "full completion" of the Three Gorges Project saying it has achieved all the required procedures and construction works for overall "completion acceptance".
The preliminary design and construction of the world's largest hydropower project was completed in December 2009. The project began in December 1994 and cost over 200 billion yuan (about $28.2 billion).
The Three Gorges Project is a multi-functional water-control system, consisting of a 2,309-meter-long and 185-meter-high dam, a five-tier ship lock on the north and south, and 34 turbo-generators with a combined generating capacity of 22.5 million kilowatts. It controls flooding, generates electricity and adjusts shipping capacity on the river.