WUHAN, Feb. 4 (Xinhua) -- The Three Gorges Reservoir in central China's Hubei Province has raised its discharge volume to ensure water and power supply as the outbreak of the novel coronavirus has affected power coal reserves and coal-fired power generation in the province.

The average flow of the Yangtze River in Yichang, where the reservoir is located, was recorded at 8,240 cubic meters per second in January, up nearly 70 percent than the average levels in previous years, according to the Yangtze River Water Resources Committee.

The increased discharge ensured the water and power supply in the downstream areas and also met the shipping demand during the drought season, said the committee.

The reservoir will maintain an outbound flow of approximately 7,000 cubic meters per second in early February, according to the committee. 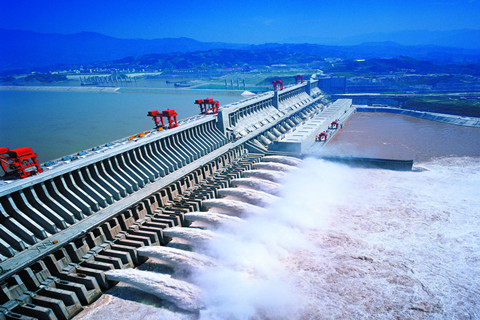