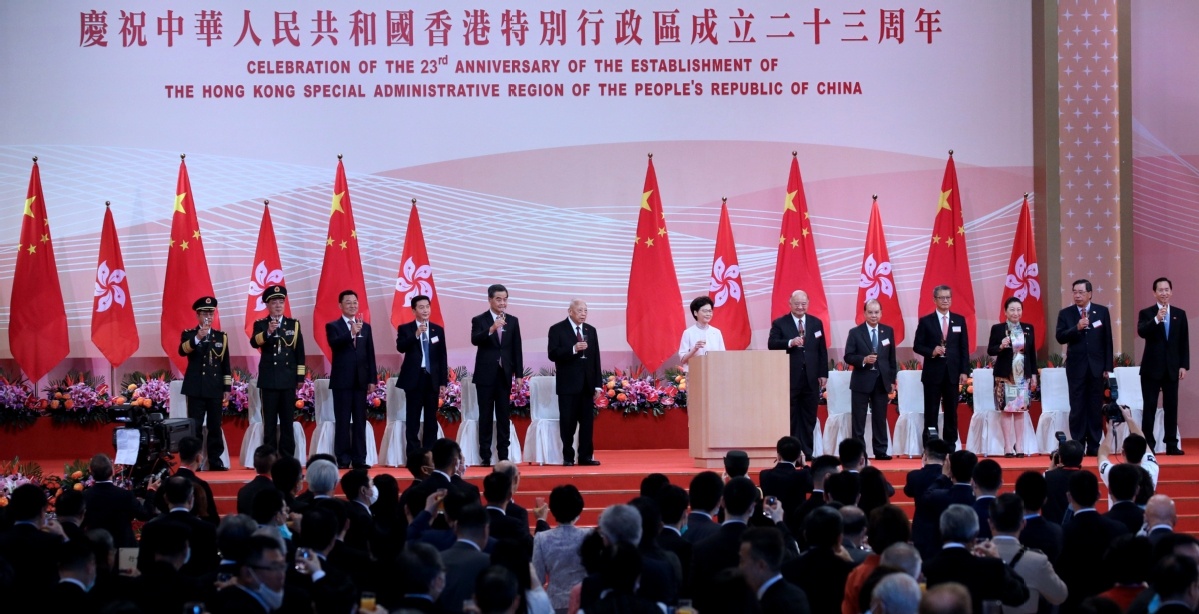 Here are three important points for a better understanding of the committee.

1. WHY IS THE COMMITTEE NECESSARY?

Over a long period, the deficiencies of institutional setup, resources and power allocation of the HKSAR in safeguarding national security have led to a rare de facto "defenseless" status in the field of national security in the HKSAR.

Against such a background, establishing the Committee for Safeguarding National Security of the HKSAR according to the law is undoubtedly an important and imperative move to tackle realistic challenges.

2. WHAT DOES THE COMMITTEE DO?

The Law of the People's Republic of China on Safeguarding National Security in the HKSAR defines the duties and functions of the committee as follows:

Advancing the development of the legal system and enforcement mechanisms of the HKSAR for safeguarding national security;

Coordinating major work and important operations for safeguarding national security in the HKSAR.

3. WHY ARE THE COMMITTEE'S DECISIONS NOT AMENABLE TO JUDICIAL REVIEW?

As it operates, the committee will inevitably hold classified state information and make decisions involving such confidential information. Opening its work to the public would be detrimental to national sovereignty, security and development interests, and would damage the fundamental interests of Hong Kong society.

Moreover, the situation, policies, institution-building and major actions concerning national security are highly specialized. To judge whether a decision on national security is reasonable requires information that goes beyond the understanding of a special administrative region, and therefore the HKSAR courts are incapable of making an accurate judgment on related issues.

Meanwhile, the national security situation in the HKSAR is complicated and changing fast. Relevant policies and decisions need to respond to changes in a timely manner. If decisions made by the committee are amenable to judicial review, irreversible losses may be caused, endangering national security and public interests.

The fact that the committee's decisions shall not be amenable to judicial review does not mean that the committee's acts are not subject to oversight and checks. According to the Law of the People's Republic of China on Safeguarding National Security in the HKSAR, the central government, which grants the power, has the right to supervise and hold the committee accountable.

The central government will exercise its supervisory power strictly to ensure that the committee performs its duties in accordance with law, safeguard national security and Hong Kong's prosperity and stability, and protect the legal rights and freedoms of Hong Kong residents.