CHINA Tianjin Binhai: the rise of a smart, open and livable maritime gateway

Tianjin Binhai: the rise of a smart, open and livable maritime gateway

Shining with emerald parks and dazzling beaches, a city in northern China stretches its reach to the aureate coastline. Underwater, a robot accelerates its way through shoals of fish to capture underwater footage, while its counterparts on shore are busy cooking and serving food for human customers. 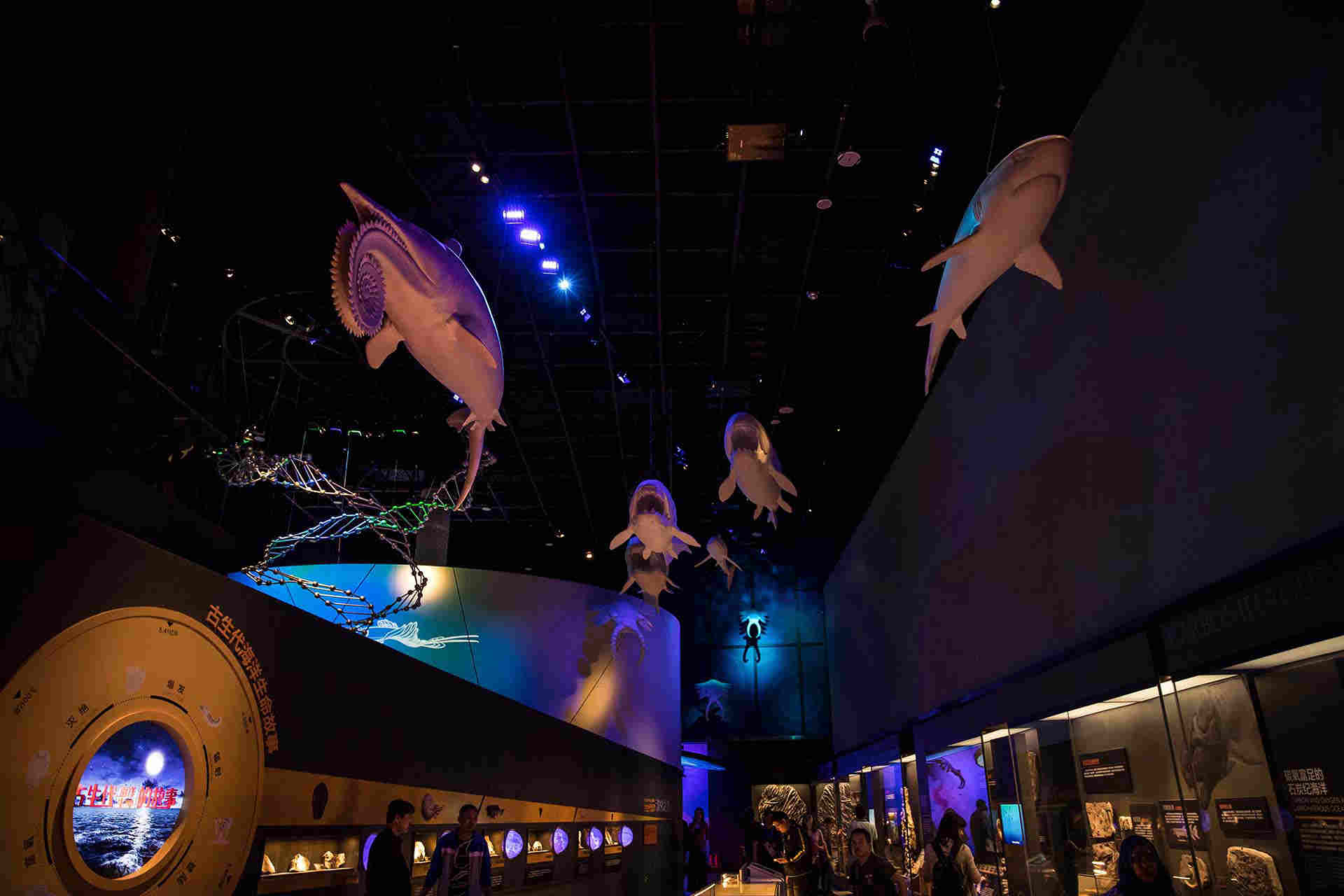 China’s first national maritime museum was built in Binhai New Area, and is expected to open to the public in June. (Photos: People's Daily Online)

This sci-fi transformation is underway in Binhai New Area in Tianjin. Once a barren alkaline land, the region has now turned into a pivotal tech hub, offering smart solutions and an eco-friendly lifestyle for its 3 million residents from both China and abroad.

Located at the intersection of Bohai Bay economic rim and the Beijing-Tianjin-Hebei urban agglomeration, Binhai New Area is the first free trade pilot zone in northern China, as well as a national innovation demonstration zone. By the end of May, a total of 229,217 enterprises has settled in the region, attracting over 23.9 billion RMB ($3.4 billion) in domestic investment.

“For the development of Binhai New Area, technological innovation and green lifestyle are the priority. We aim to build a smart city for all, so that people can share the benefits of technological advancement, and enjoy the beauty of nature at the same time,” Zheng Yi, general manager of the Tianjin Binhai-Zhongguancun Science Park operation service company, told People’s Daily Online. 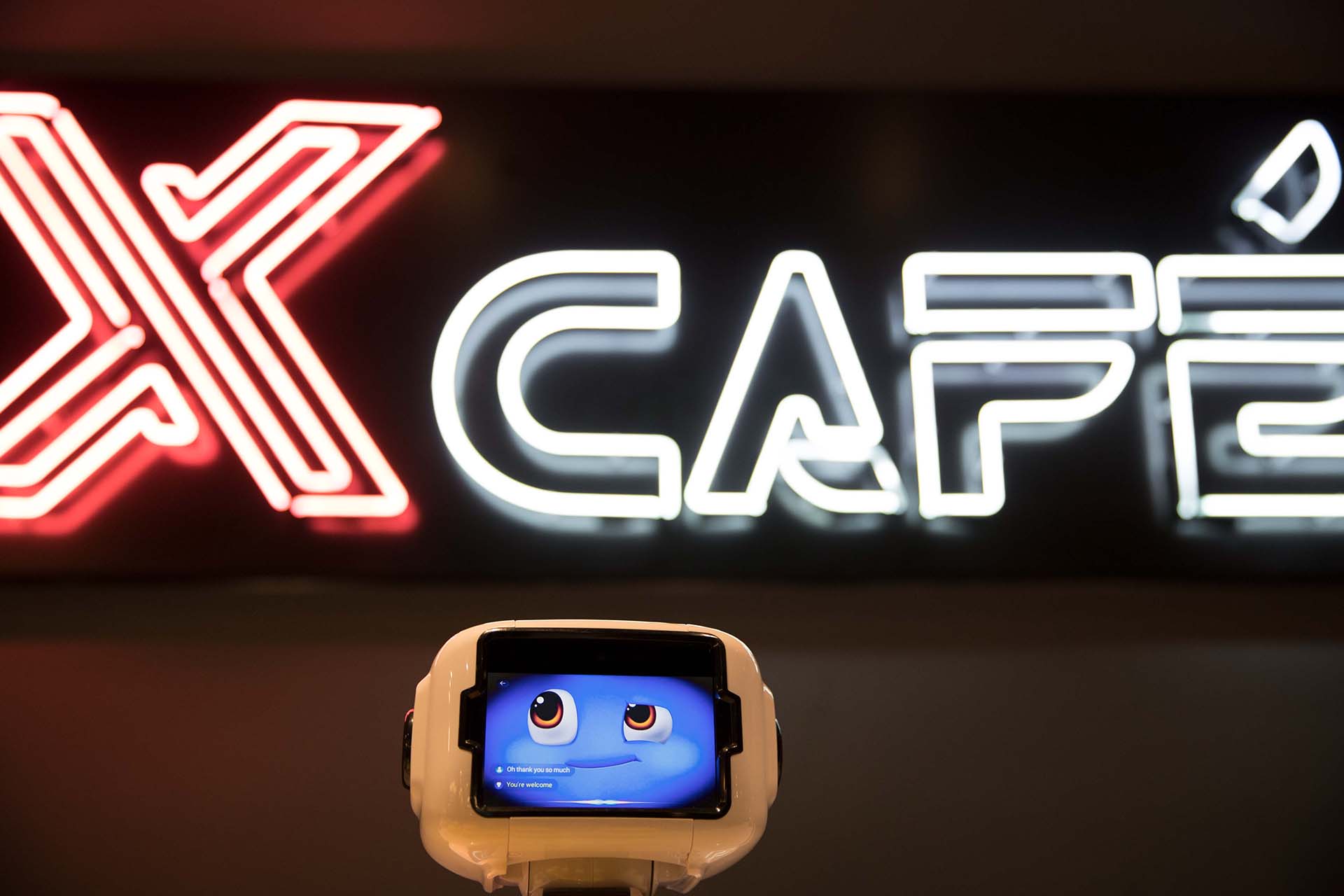 A robot receptionist at JD Restaurant in Binhai New Area.

None of these high-tech scenarios would have been possible had Binhai New Area not prioritized technological innovation. Due to its favorable talent policies and excellent business environment, the area harbors not only world-leading tech behemoths including a national supercomputer center, whose exascale supercomputer Tianhe-3 is expected to be the world’s fastest of its kind by June, 2021; but it also provides a hotbed for start-ups such as Sublue, an emerging tech star which produces a range of underwater robots, vehicles and gliders.

“The New Area has a complete and well-rounded industrial ecosystem, aiding high-tech companies in research and production, as well as providing talents from all over the world easy access to settle down here,” said Wang Lufei, manager of Sublue.

Binhai New Area is turning into a northern technological cluster. By the end of 2017, more than 464 municipal-level and above research centers, including 111 key laboratories and 241 technological centers of major companies, had been established in the area. The size of its intelligent industry is expected to reach 50 billion RMB ($7.84 billion), and also fulfill its goal of achieving more than 2,000 independent intellectual property rights by 2020.

Efy technology, a tech company established in the new area, is now a leading power in the global drone market, providing logistics services for companies all over the world.

“Our company has invented a smart drone control system, through which drones can take off and send parcels without any human participation. Over 100,000 drones can be controlled by one center at the same time, providing services including disaster relief and business performance,” said Xiao Ling, a member of staff from the company.

“There are several science parks like ours, where governmental policies and support have enabled them to create core technologies in multiple areas,” Zheng said, adding that smart technologies are crucial for the area’s future development. 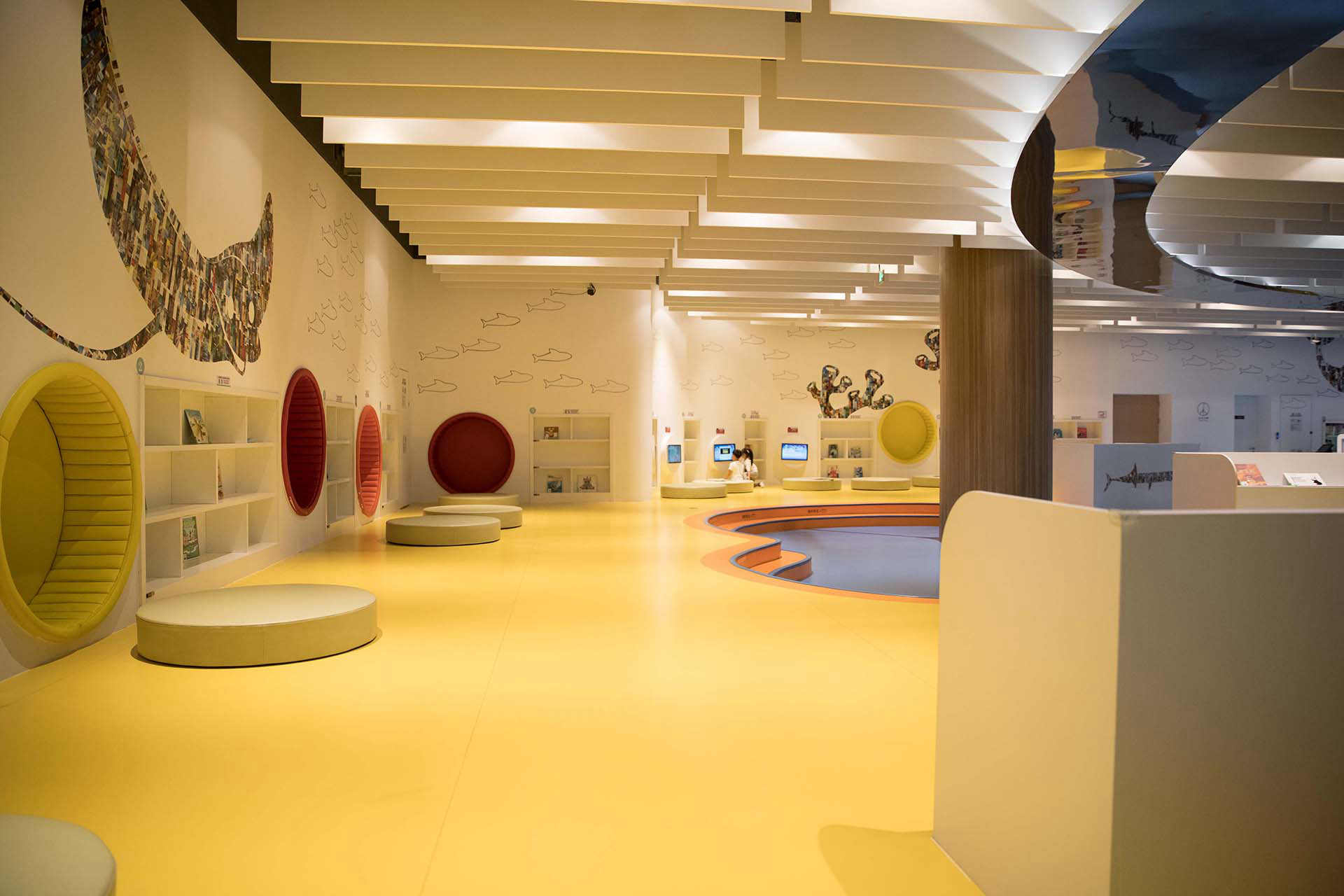 A "tree house" reading room for children in the Chinese-Singapore Friendship Library in Beihai New Area.

Located 10 kilometers from the core district of Binhai New Area, the Sino-Singapore Tianjin Eco-city, which was once a barren land composed of saltpan, deserted beaches and wastewater ponds, now serves as the forerunner of China’s “model for sustainable development.”

Jointly built by Chinese and Singaporean governments, the eco-city program aims to develop a socially harmonious, environmentally friendly and resource-conserving city. Though still in its development phase, countless green spaces are already scattered throughout the city, with desalinated water equipment and green energy panels offering clean resources for its citizens. Buildings are designed to the world’s most stringent environmental standards, while a light-rail transit system, supplemented by a secondary network of trams and electric buses, are used to reduce the city’s carbon emissions.

“I feel content with my life here. The new area has proven to the world that nature and scientific advancement can coexist harmoniously, and that resource-poor regions can also develop a green path to a better life,” said Liu Jinting, a 65-year-old resident in the eco-city.

Taking green lifestyle as a major theme for Binhai New Area’s development, the local authorities have tried many methods to promote public awareness of environmental protection. With its 23,000-square-meter exhibition hall covering a wide range of themes including marine ecology and environment, science education and interactive programs, China’s first national maritime museum was built in Binhai New Area, and is expected to open to the public in June. An eco-friendly library, made using clean materials and with a capacity of over 1.35 million books, was nominated by Times Magazine as one of the greatest places in the world to visit in 2018.

“I think the idea of building an eco-city is marvelous. With the advancement of technologies, nature should be better preserved, so that we can enjoy both conveniences brought by science, and healthy lifestyle provided by better environment,” said Imran Muhammad, a Pakistani journalist visiting the eco-city.

Northern gateway to the world 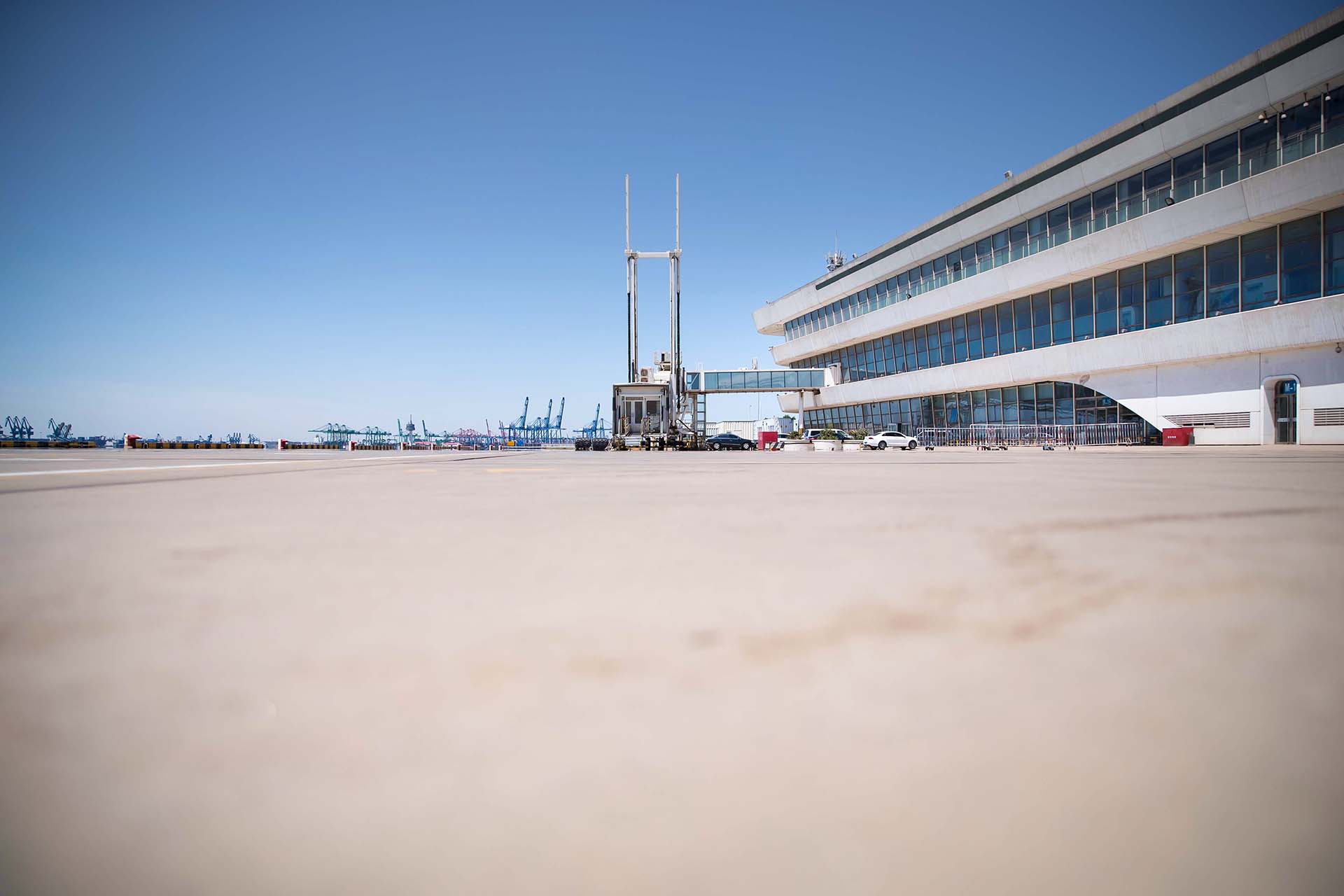 As China’s northern maritime gateway to the world, Tianjin’s port, located in Beihai New Area, is the largest port in northern China. With its great geographical advantage, the areas has been making great efforts to enter the global business arena, as well as widening access for foreign investment.

According to statistics, from the opening of the pilot free trade zone in Binhai New Area in 2015 to the end of 2018, 2,159 foreign-invested companies were established in the district, with contractual foreign capital amounting to $47.55 billion. Ninety-nine percent of them were established via a document filing mechanism.

The pilot free trade zone replaced the examination and approval procedures with a document filing system for overseas investment projects of less than $300 million, which means applicants can finish all the formalities within a day.

Such policies have brought advantages to the Chinese public. In a cold chain storage container of Tianjin Port Sunlon Food International Trading company, fruits imported from Southeast Asia and the world have been sent to the table of people in Beijing, Tianjin and Hebei, as well as other northern areas, providing Chinese public fresher and cheaper food.

China’s neighboring countries, especially those along the Belt and Road, have also benefited from the new area’s openness. Jointly built by Tianjin TEDA Investment Holding Co., Ltd and China-African Fund, the China-Egypt Suez Economic and Trade Cooperation Zone, which began construction in 2008, has directly offered jobs to over 3,500 people and created 30,000 job opportunities through its gathered industries.

According to statistics, over the past decade, the economic zone has attracted more than 1 billion dollars of investment with a total output value of about 1.2 billion dollars. Over 1 billion Egyptian Pounds (about 56 million dollars) in taxes have been paid to Egypt.

“Thanks to TEDA's own experiences that have been applied to the cooperation zone, a vital new city will soon grow up in the desert on the shore of the Red Sea," Zhang Bingjun, board chairman of TEDA Investment Holding Co. Ltd, told Xinhua.