Tianjin suspends one market after coronavirus found on cold-storage product 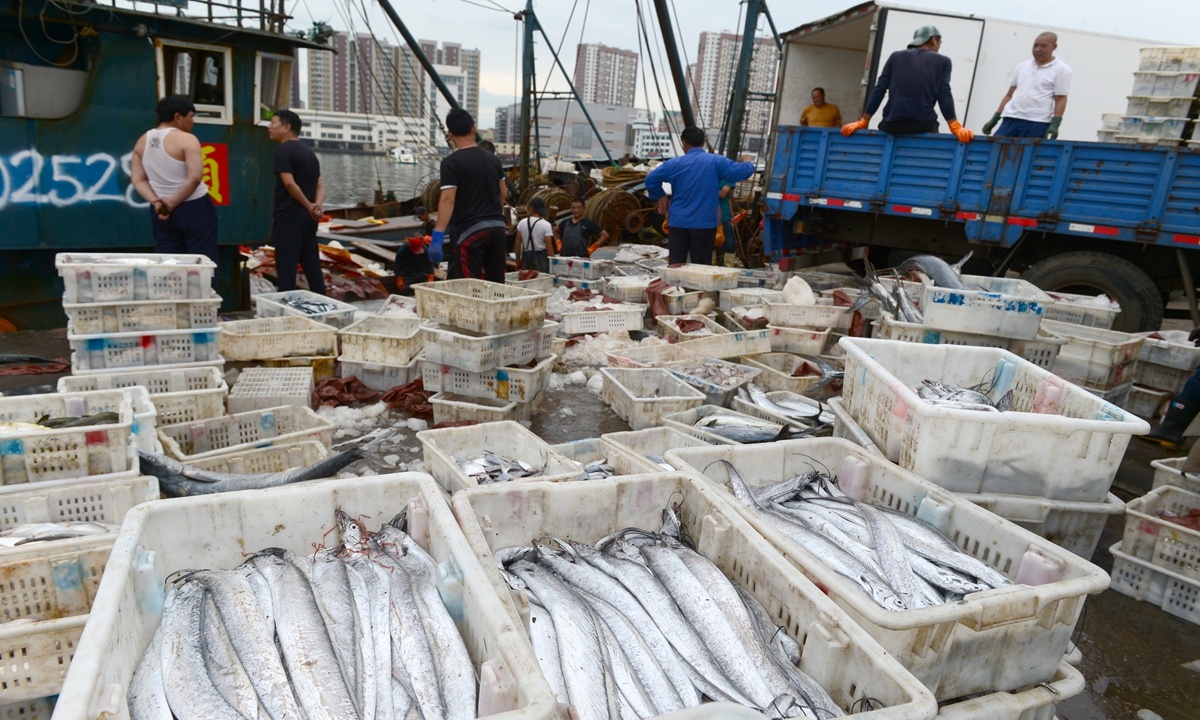 Fishermen unload seafood at a port in Rongcheng, East China's Shandong Province. Sales of seafood from Rongcheng have been hot as the Mid-Autumn and National Day holidays approach. (Photo: cnsphotos)

According to the health authorities, a sample collected from a cold storage facility in the Jinfulin market located in Tianjin's Jinnan district tested positive for the virus.

Operations have been suspended at the market. Four people exposed to the products were quarantined and have so far tested negative for the virus.

City-level experts have been dispatched to the market to carry out investigations. Health authorities said more work is underway.

Previously on Wednesday, the outer package of imported flatfish sold at a wholesale shop in Jinghai was found with the novel coronavirus. A merchant surnamed Zhang who sold the imported flatfish had been storing his products at a refrigerated facility in the Jinfulin market.