Tibet: 70 years of progress in transport 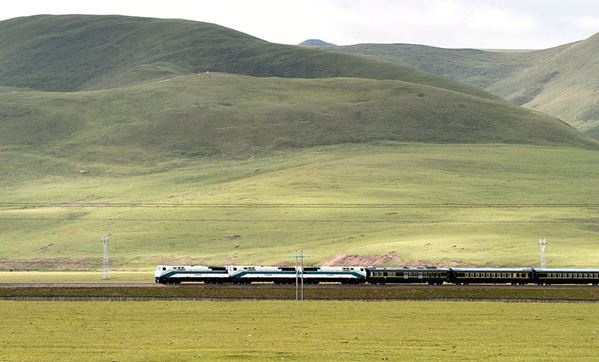 China's Tibet autonomous region has seen significant progress in transport over the past 70 years since the founding of the People's Republic of China, China Tibet News reported.

The region's Metog county was connected to the outside world by a paved road in late 2013, becoming China's last county to link with a highway.

Back half a century ago, the region's transport relied on animals and people themselves and did not include modern paved roads.

When the Sichuan-Tibet Highway was completed and went into operation in 1954, it ended the history of no modern highways in Tibet.

The region's expressway open to traffic was only 7,343 kilometers in 1959, and it got its first air route in 1965 when Lhasa's first aviation airport opened.

With the opening of the Qinghai-Tibet Railway in 2006, the region was connected with the rest of the country's inland cities by rail for the first time.

The region has now opened five aviation airports, with 96 domestic and international routes connecting Tibet and 48 major cities nationwide by the end of June this year.