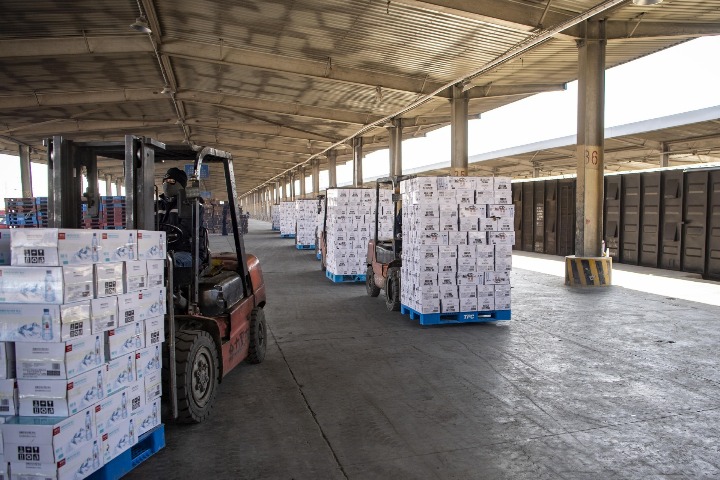 Mei Fangquan, an official in Qamdo, said making the donation was part of the city's real action in accordance with central leadership remarks and instructions for battling the NCP outbreak.

"Tibetan and Han people are as close as one family, Tibet and Hubei are heart-to-heart, and I hope the transport crew will pay more attention to their own safety on their journey, and responsible units should keep in touch with them to ensure they have a safe trip," Mei said.

The donations also include 50 boxes of yak meat valued at 150,000 yuan, which was donated by Liu Fang, general manager of Qamdo Tibetan Yak Meat Co Ltd.

According to local officials, these goods will be donated to Central Hospital of Wuhan, Wuhan Wuchang Hospital and Wuhan No.1 Hospital.

Locally fed Tibetan hogs are considered one of the best local specialties in Tibetan agricultural areas, and the specialty is being presented to medical workers in Hubei province who have been sacrificing themselves in the battle against the NCP outbreak over the past weeks.

"We hope Hubei will win the battle against the epidemic at an early date, and everything will be normal as soon as possible," said Yang.