By LIU WEILING,DAQIONG and PALDEN NYIMA in Lhasa | CHINA DAILY 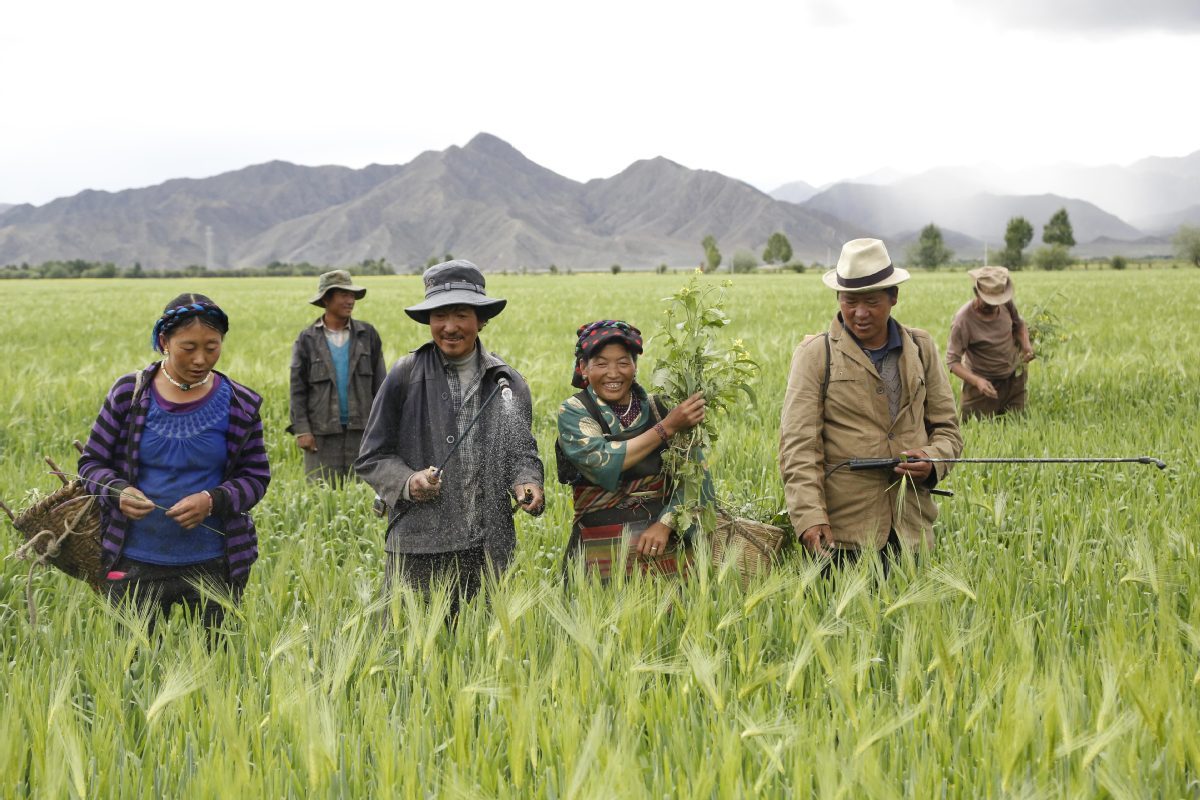 The Tibet autonomous region has placed livelihood improvement and employment as its top priorities in pursuing a better future for the region－with the latter seen as the best way to boost the former, said Wu Yingjie, the region's Party secretary.

The region has vowed to make its per capita dispensable income of rural and urban residents either reach or approach the national average by 2025, and it also expects a life expectancy of 72.3 by that time for its residents, he told China Daily in an exclusive interview.

"The core task for Tibet has always been improving people's livelihoods and enhancing cohesion," he said.

Thanks to unremitting efforts, the livelihoods of Tibetan people have greatly improved. According to China's latest national census, the region's population grew from 1.15 million from the early 1950s to 3.65 million last year, while life expectancy doubled from 35.5 in 1951 to 71.1 last year.

Thanks to this growth, Tibet is now the only provincial region in China that isn't facing challenges with an aging population. Only 8.52 percent of its people are above 60 years old, and young adults make up a relatively high percentage of the population. 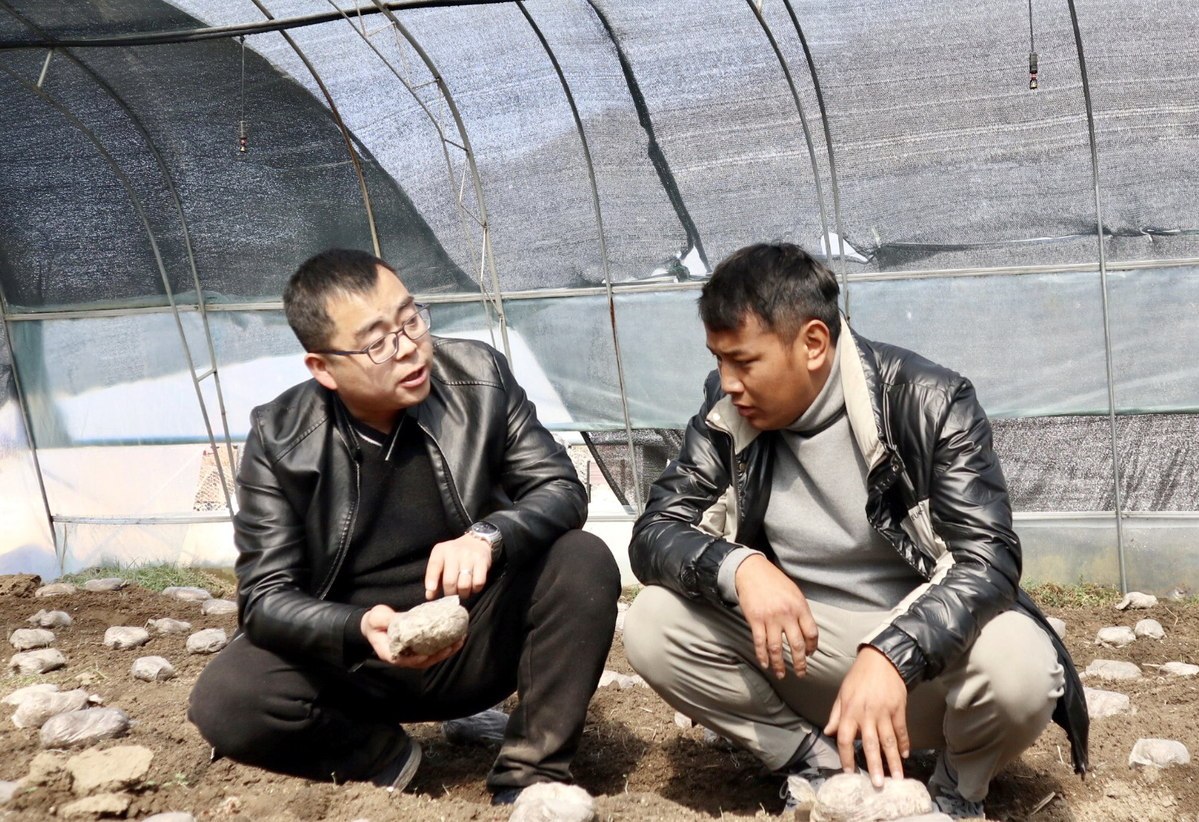 Samtan Dondrub (right), a college graduate, receives advice about mushrooms from technician in one of his greenhouse in Bomi, Tibet autonomous region. PALDEN NYIMA/CHINA DAILY

The region's abundant labor force ensures there is a foundation for sustainable future economic growth and potential for increasing incomes, yet it also makes creating jobs an important task for the local government.

"We always attach great importance to the employment of college graduates and migrant workers, and we have offered probably the most preferential employment policies in the country," Wu said.

College and university graduates who seek entrepreneurship can get government subsidies of 60,000 yuan ($9,300) as startup funds for their businesses, and they are also provided with house rent exemptions and preferential tax policies. The region's employment rate of college graduates has remained above 95 percent for five consecutive years, and the figure reached 99 percent last year.

Migrant workers have been given opportunities to learn different vocational skills and to get jobs in many key construction projects in the region to boost their incomes.

The latest official statistics show that last year, the average annual per capita urban and rural dispensable income in the region reached 41,156 yuan and 14,598 yuan, respectively－89 times and 134 times as much as in 1965.

Rising income can be attributed to the region's efforts to eradicate absolute poverty. By 2019, the region lifted 628,000 people out of poverty, and 74 county-level areas were removed from the poverty list. In addition, 266,000 residents had been voluntarily relocated from places where the environment would have been too difficult for them to continue to reside. 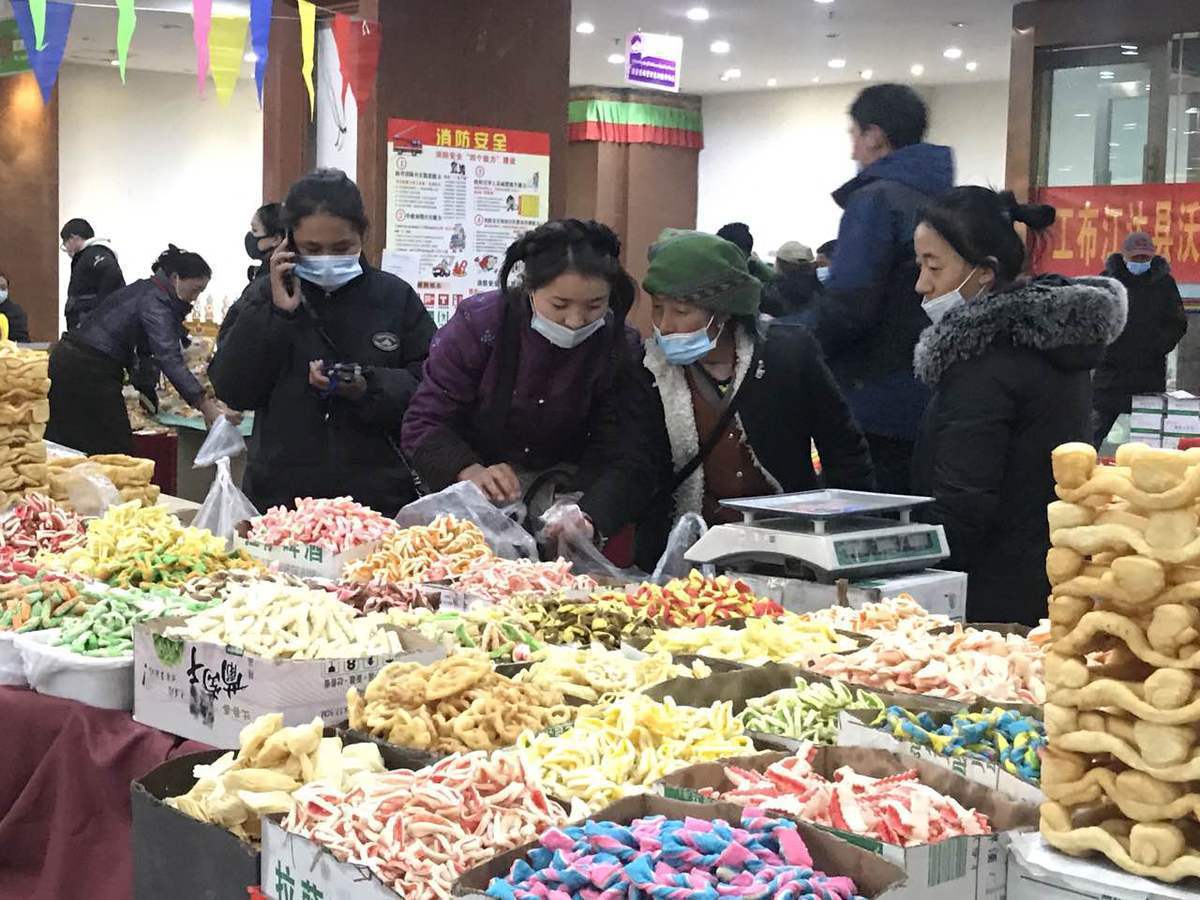 Poverty eradication efforts have not only enriched people, but have also brought about dramatic improvements in their quality of life, Wu said. "Such changes can be easily seen in people's consumption."

Compared with five years ago, local residents are now consuming more vegetables and spending more on clothing and medical services.

"The old saying in Tibet is, 'only rich people eat vegetables'," Wu said.

That notion has changed. In the past five years, the per capita consumption of vegetables has increased by 23 kilograms, while that for rice has dropped by 126 kg.

In some places where it was too difficult to grow produce in the past, people are enjoying locally planted fresh vegetables and even fruits such as watermelons and strawberries that the older generation had never seen.

Take Zada county in Tibet's Ngari prefecture, where the average altitude is 4,000 meters above sea level, as an example. Residents there are now growing produce in greenhouses.

Locals have also changed their attitude toward medical services. According to statistics, local medical spending has increased－the average consumption of medical services per capita has increased by 160.9 percent over the past five years－with more people going to hospitals as it has become very convenient for them to see doctors. Thanks to the central government's huge investment in Tibet, clinics have been set up in every township, and hospitals have been established in every county.

Education might be the last thing Tibetan people need to spend their money on, as the region offers 15 years of government-supported education, compared with nine-year compulsory education in other parts of the country, according to Wu.

Transportation has also improved. Before 1951, many places did not have proper roads. People often had to carry goods either on their backs or on the backs of horses or yaks, and they often had to walk on steep terrain.

Now, proper roads provide access to the region's villages, townships and counties, and railways bring travelers to Lhasa, the region's capital, as well as Shigatse city. Additionally, the Qinghai-Tibet Railway has been operational since 2006, and a second major railway, the Sichuan-Tibet Railway project, is underway. 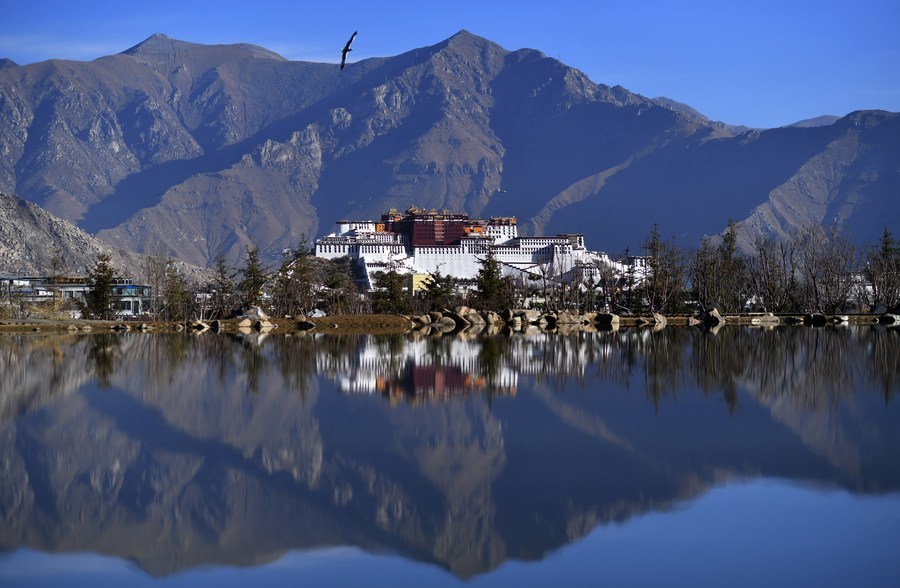 While making improving people's livelihoods a top priority, the region is also carefully balancing that task along with ecological protection efforts.

"Hailed as the 'Roof of the World', the 'Water Tower of Asia' and the 'The Third Pole of the Earth', the Qinghai-Tibet Plateau is often regarded as a haven for wildlife and a gene pool of plateau species, as well as a key ecological safety barrier for China and even Asia," Wu said.

Placing more than half its land area under the strictest ecological supervision, the region prohibits any industries or projects involving heavy pollution, high energy usage or excessive water consumption.

"We make all these efforts to make the mountains greener, the waters clearer and the sky bluer," Wu said.