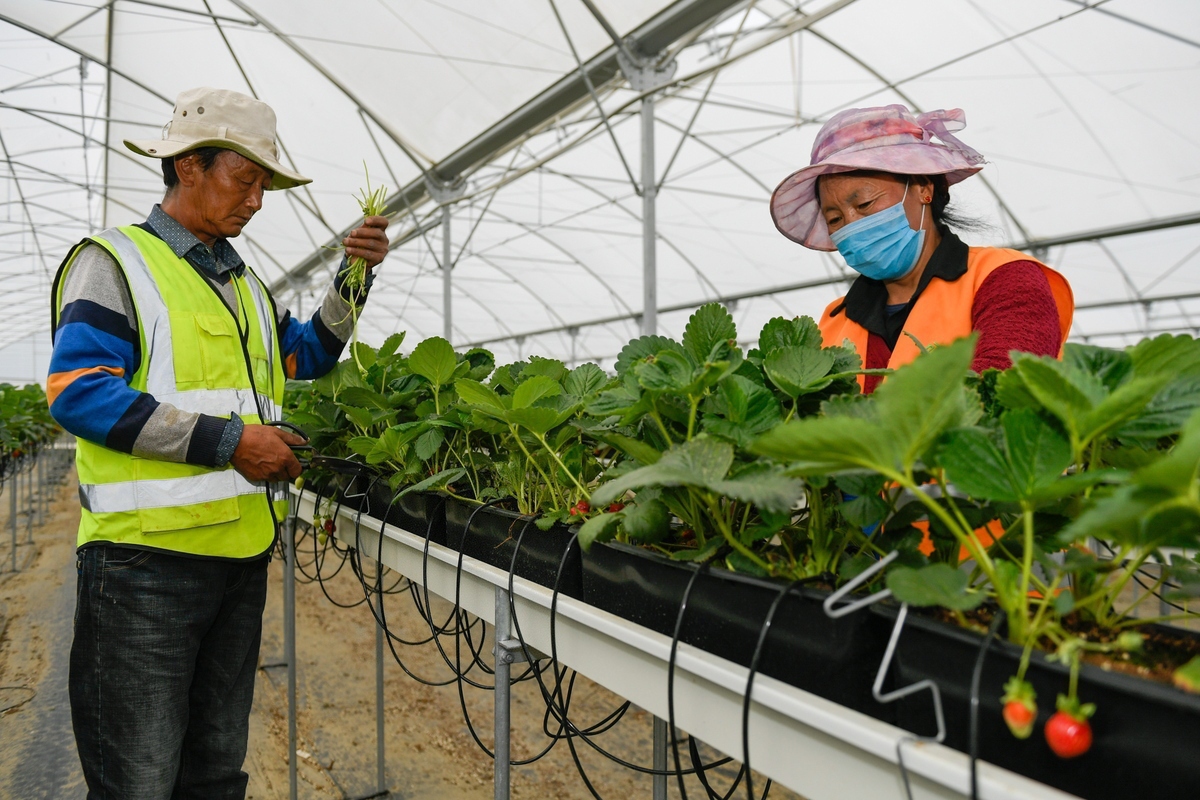 Farmers tend strawberries in a greenhouse in Dranang county, Tibet autonomous region, in July. Berry growing and other green industries are part of the county's poverty alleviation efforts. (Photo: Xinhua)

According to the region's development and reform commission, the increase of new jobs is 1.5 times that of 2018 and the region had 17,693 new college graduates this year, with the employment rate hitting more than 75 percent.

This year, 2,129 enterprises have been established in the region, providing more than 15,000 jobs, including positions for 4,880 college graduates.

In 2019, thanks to the region's continuous efforts in teaching facility improvement, 62 kindergartens, 208 primary or junior middle schools, 15 senior high schools and two vocational schools have been either renovated or newly built.