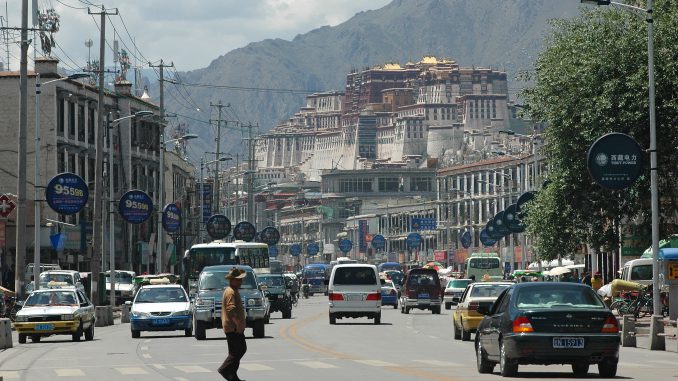 LHASA, Jan. 9 (Xinhua) -- The urbanization rate in southwest China's Tibet Autonomous Region has reached 32 percent, with over 1.07 million residents living in cities and towns, according to the regional housing and urban-rural development bureau.

The bureau said the regional government has pushed for the building of towns by developing their respective characteristics.

The regional government has earmarked 8.6 billion yuan (1.3 billion U.S. dollars) to initiate the construction of 26 characteristic towns and introduced foreign investment and social capital for the towns' development.

New towns such as Gyitang and Qucaika have been built by developing local cultural and tourist resources and nurturing industries of leisure tourism and border trade logistics.

Sonam Nyima, director of the bureau, said that the bureau will give priority to improve infrastructure and public service facilities in cities and towns and support the development of the "night economy" in the regional capital of Lhasa in the next step.