About 511,700 visits were made by tourists to southwest China's Tibet Autonomous Region during the 10-day holiday of the Tibetan New Year, up 11.6 percent year-on-year, local authorities said Thursday.

This year's Tibetan New Year, or Losar, fell on February 5 and coincided with the Spring Festival. During the holiday, the region's tourism industry brought in around 353 million yuan (52.2 million U.S. dollars), a year-on-year growth of 17.7 percent, according to the regional tourism development department. 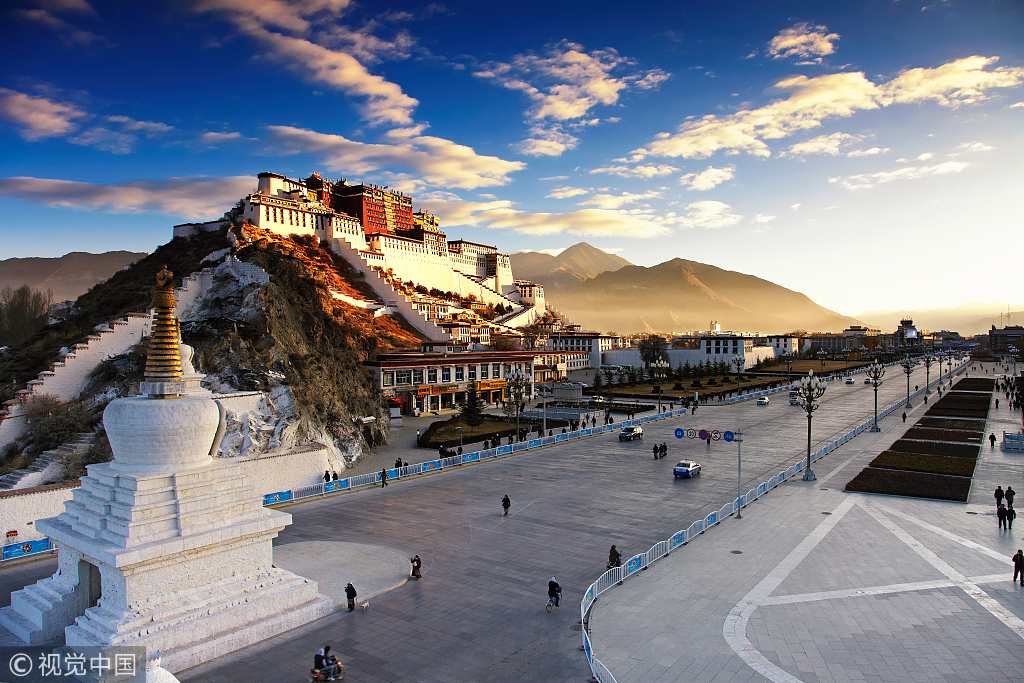 "This is my first trip to Tibet. The scenery is breathtaking, and the locals are very friendly," said Luo Xiaohui, a visitor from south China's Guangdong Province.

She added that she could not have found a better time to visit Tibet than the Tibetan New Year, which is normally celebrated by religious rituals, horse races, family gatherings and feasts.

In a bid to attract more tourists during the winter, the region has rolled out a spate of preferential policies including waiving admission charges for some scenic spots from November 1, 2018 until March 15, 2019.