LHASA, Nov. 29 (Xinhua) -- The Tibet Electric Power Co., Ltd. of the State Grid said it transmitted 8.98 billion kWh of electricity out of the region from 2015 to this summer. 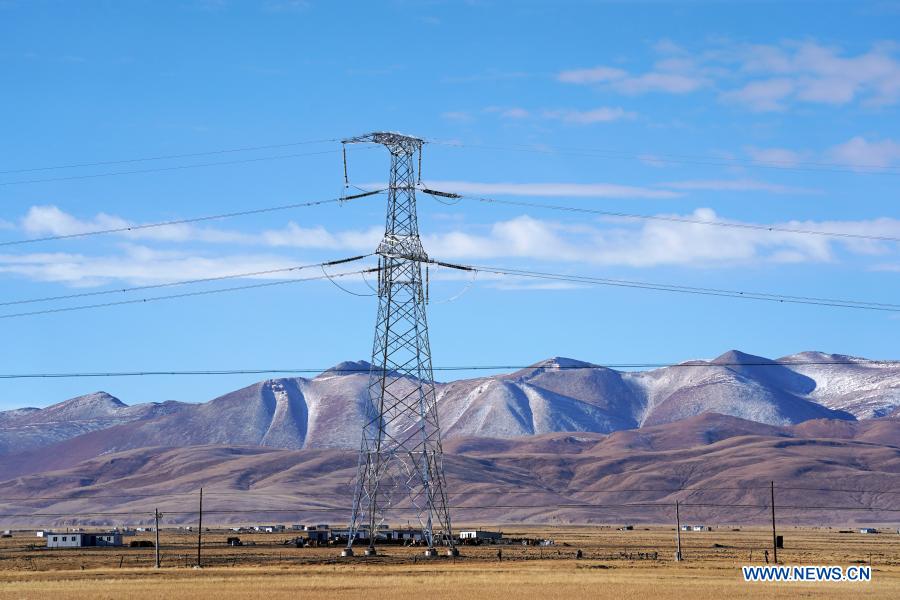 All the electricity sent out was generated by clean energy, the company said.

In 2015, Tibet sent electricity to neighboring Qinghai Province for the first time, with 1.81 million kWh per day, marking that Tibet's clean energy began to participate in the regional balance of power supply in northwest China and the optimization and adjustment of the country's energy structure, said the company.

Tibet signed electricity transmission contracts with northwest China's Gansu and Shaanxi provinces and began to supply power to them in 2018.

Tibet has seen the construction and operation of several power stations during the 13th Five-Year Plan period (2016-2020), alleviating the power shortage in spring and winter in Tibet and promoting power transmission outside the region.

The company said it plans to invest 46.6 billion yuan (about 7.3 billion U.S. dollars) in Tibet during the 14th Five-Year Plan period (2021-2025) to improve the connection of the power grid between the region and southwestern China.