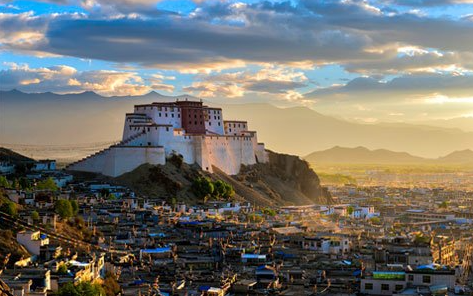 Public security officers in Southwest China's Tibet Autonomous Region have launched various events to create a greater awareness of China's first law on overseas NGOs in the region. Brochures introducing the law, together with on-site legal consultation services, are provided during an event in the region's capital Lhasa to help local residents understand the law, read a Wednesday notice from the Overseas NGOs Management Office of the Ministry of Public Security. More than 1,500 residents joined the events organized by the Overseas NGOs Management Office under Tibet's public security department, and more than 150 people have received consultation services, the notice said. Such activities could help Tibetans better engage in and supervise the events of overseas NGOs in the region, Penpa Lhamo, deputy head of the contemporary studies institute of the Tibet Academy of Social Sciences, told the Global Times on Wednesday.The most common events of overseas NGOs in Tibet involve activities to help vulnerable groups, such as children and women, as well as environmental protection practices, according to Lhamo.The first overseas NGO registered in Tibet was a Lhasa liaison office of a German association, according to the website of Tibet's public security department. Official information shows that the office was registered in June and focuses on Tibetan medicine. Since Tibet is a border region with a large ethnic minority population, the activities of overseas NGOs should not undermine national unity, social security and border stability, Lhamo pointed out. A better knowledge of the law on overseas NGOs could also help the NGOs better protect their own interests and avoid illegal activities, Lhamo noted. Strictly following China's law on NGOs and local regulations is necessary and also beneficial to the future development of overseas NGOs in Tibet, she added. More than 40 overseas NGOs held events in Tibet, according to an academic paper published in 2015 by Zhao Hui from Xiamen University and Chen Xuqing from Beijing's Minzu University of China. The paper noted that though such NGOs have contributed greatly to the local development, a few of them were working illegally on issues such as politics, religion and ideologies and posed a threat to local stability.