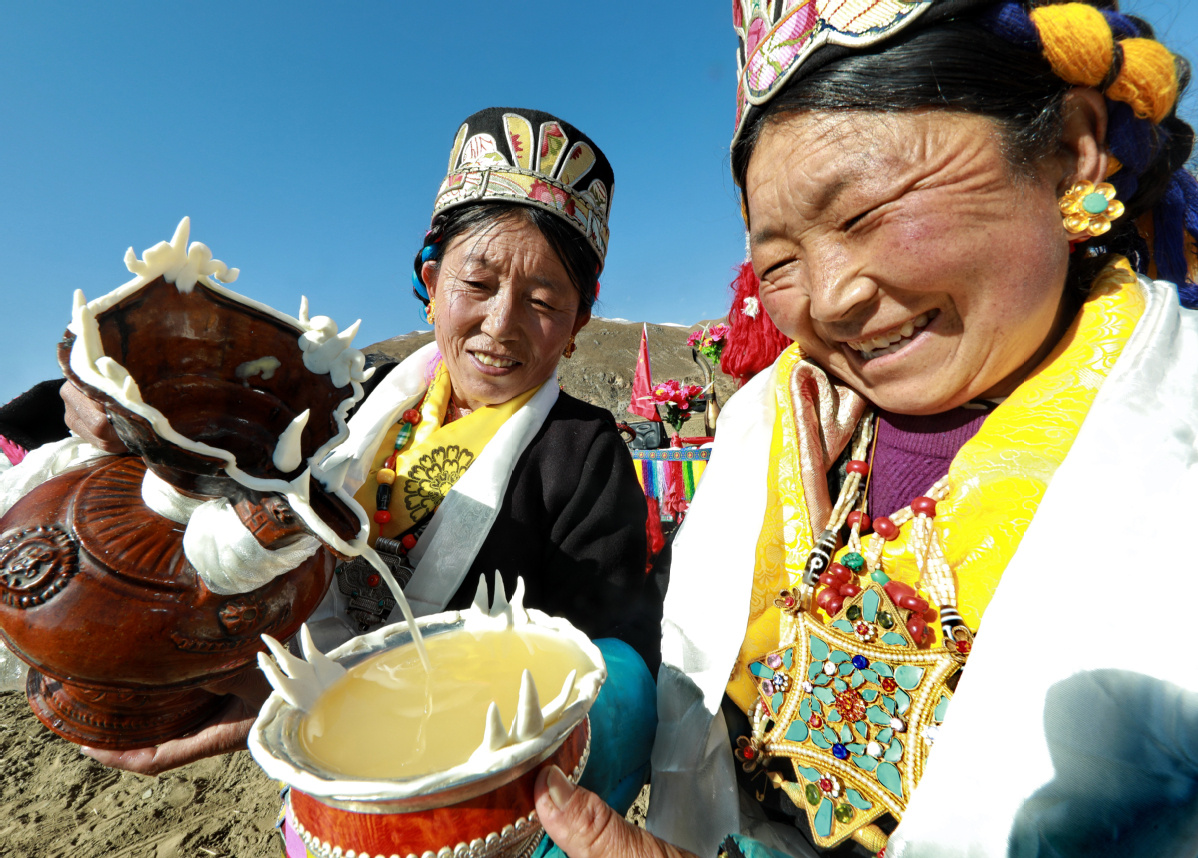 The Tibet autonomous region will continue to enjoy a demographic dividend as young adults make up a relatively high proportion of its population, providing abundant labor resources, the region's statistical bureau said on Wednesday.

Despite a steadily growing aging trend nationwide, less than 9 percent of Tibet's population is aged above 60.

The number of Tibet residents aged 60 or older on Nov 1 was 311,000, accounting for just 8.52 percent of the region's population and up by 0.85 percentage points from a decade previously, the bureau said at a news conference introducing the region's statistics from last year's national census.

Across the country, the average proportion of the population aged 60 or older was 18.7 percent, according to census data released last week.

"Tibet is the only provincial-level region where the proportion of the population aged 60 or older is less than 10 percent … far below the national level," bureau official Pema Wotong said.

"The number of people in the region aged between 15 and 59 hit about 2.44 million, accounting for 66.95 percent the population," he said, adding that young adults account for a large part of that, meaning Tibet is still enjoying a population dividend.

"We have abundant labor resources to support the region's vigorous development," Pema Wotong said. "It also shows that the ethnic policies of the Communist Party of China in the region have greatly contributed to the region's population growth."

The census also revealed a steady improvement in education levels over the past decade. The proportion of the region's population with college degrees rose from 5.5 percent in 2010 to 11 percent last year.

Of those without college degrees, the proportion with a senior middle school education rose from 4.4 percent in 2010 to 7.1 percent last year.

"The growth reflects the importance attached to education by the regional Party committee and government," Sonam Tashi, head of the region's statistical bureau, told the news conference.

According to census data, the region's permanent resident population on Nov 1 was 3.64 million, an increase of 645,900 or 21.52 percent over a decade previously.