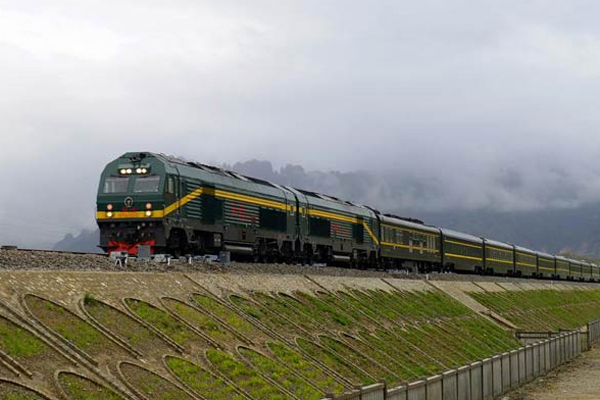 The 253-kilometer-long railway line that links Lhasa and Xigaze in Tibet is officially put into use on August 15, 2014. (Photo: Xinhua)

One of the new trains, Z68112/2, will run between Xining, capital of Qinghai province, and the start point of the Qinghai-Tibet Railway, and Tibet’s second-biggest city, Xigaze. The other one, Z8808/7, will link Lhasa with Tibet’s northern Nagqu city.

The region already has two trains targeted at tourists in operation since last July, both linking Lhasa and Xigaze.

“The railway has efficiently solved the problem of the difficulties of going in and out of Tibet, and it has played a key role in promoting the region’s social and economic development,” said Tsedrup.