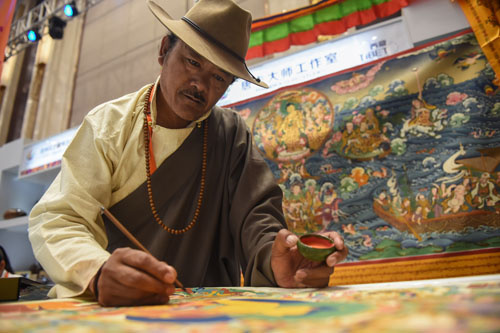 Since 2012, Tibet Thangka Painting Academy in Lhasa has trained students from low-income families free of charge to help preserve the cultural heritage.

Thangka paintings are Tibetan Buddhist artworks painted on cotton or silk by ethnic Tibetan artists across China. The religious paintings can be traced back to the 10th century and typically depict images of Buddhist deities.

Norbu Sidar, head of the academy, said they plan to expand the academy to cultivate more Thangka painters.