Tibet ushering in moderate prosperity after six decades of development

Southwest China's Tibet Autonomous Region will keep pace with other parts of the country in completing the building of a moderately prosperous society in all respects and embarking on a new journey toward socialist modernization, said Qizhala, chairman of the regional government. 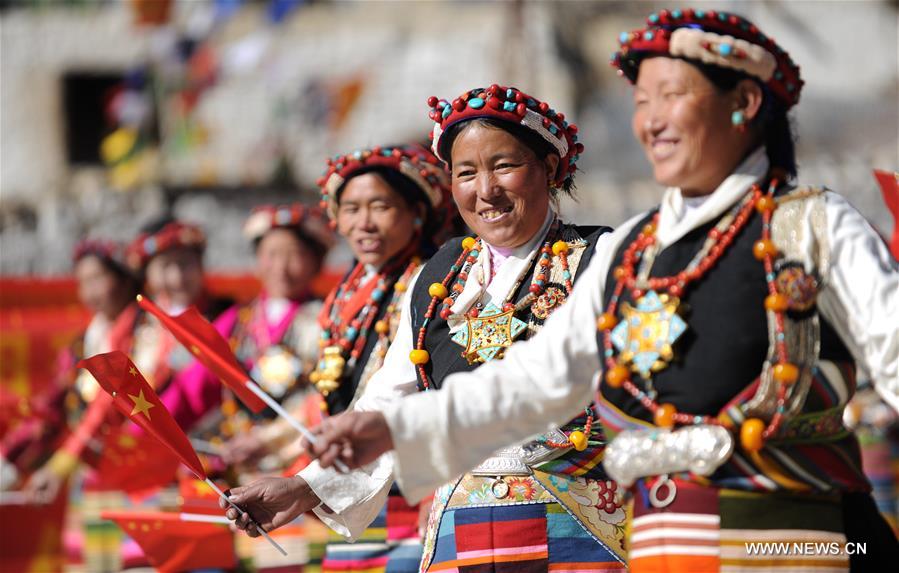 Qizhala made the remarks on Saturday evening in a televised speech marking the upcoming 62nd anniversary of Tibet's democratic reform.

On March 28, 1959, the Communist Party of China led the people in Tibet to launch the democratic reform, abolishing Tibet's feudal serfdom under theocracy.

In 2009, the regional legislature announced March 28 as a day to commemorate the emancipation of the one million serfs.

Tibet has built extensive networks of railways, air routes and highways, with tap water, electricity and the internet accessible in villages and households, Qizhala said, adding that the region has huge potentials for future development.

He noted the main working-age population in Tibet has received 10.2 years of education, and the average life expectancy in the region has increased from 35.5 years to 71.1 years.

"Farmers and herders don't have to worry about food, clothing and medical services and are living much better lives," he said.

Qizhala said Tibet's future is closely linked with that of the great motherland, and its development and progress are inseparable from the stability and prosperity of the motherland.

Tibet will always be an inalienable part of China, he said.

Tibet will focus on maintaining stability, adhere to the system of regional ethnic autonomy, constantly heighten a sense of identity of the Chinese nation, and enhance the anti-separatist awareness among all people in Tibet, Qizhala said.

Tibet will continue to consolidate the poverty reduction outcomes and push rural vitalization to strive for common prosperity, he said.