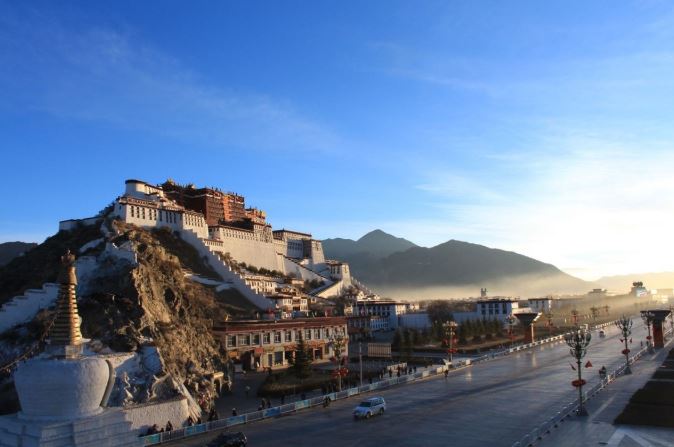 Some 510,000 tourists visited the region during the week-long Spring Festival, which kicked off onFeb 5 this year. Altogether, they spent almost 350 million yuan ($51.8 million), up by 17 percent year-on-year.

The regional government started offering subsidies on hotels, flights and tickets to scenic spots since last February. The measure is part of its efforts to turn Tibet into "the world third pole" and attract 40 million tourists in 2019.

Phunmotso, a local tour guide, noted that she has been taking group tours to the local sights since the second day of Spring Festival, and the crowd outside the Potala Palace was so large, she and her group had to wait for six hours to get in.

She added that regional tourism department also has been offering free training to tour guides to improve their services. The 43-year-old native said she is more confident and knowledgeable after the training.

In 2018, the region has received a record number of 33.68 million tourists, up by 31.5 percent year-on-year, according to the government report.