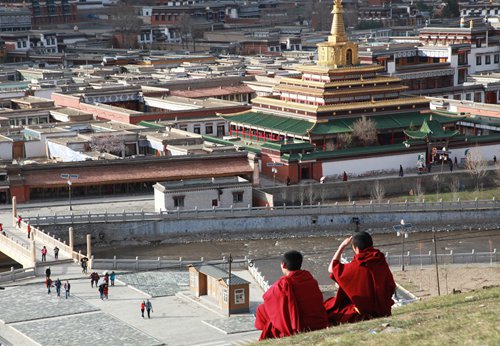 A project dedicated to digitizing more than 68,000 ancient Tibetan literature works in the Labrang Monastery in northwest China's Gansu Province has completed the digitization of 20,000 works so far, the China News Service reported on Wednesday. The Tibetan Ancient Literature Compilation Center, the organization in charge of the project, first began its digitization efforts in September of 2014.

According to Li Dehua, a director at the compilation center, the digitization team have also been working on the digitization of ancient Tibetan literature in other historic places in Gansu Province such as Dunhuang and Liangzhou over the past three years.The team estimated that it will take another 15 years to complete the digitization of ancient Tibetan literature works throughout the province and that their focus is mainly on medical, astronomy, art and history books. Labrang Monastery, one of the three most famous monasteries of the Gelug sect of Tibetan Buddhism, is known as the "World Academy for Tibetan Art," for it possesses a vast amount of Tibetan written works covering politics, history, culture and many other fields.