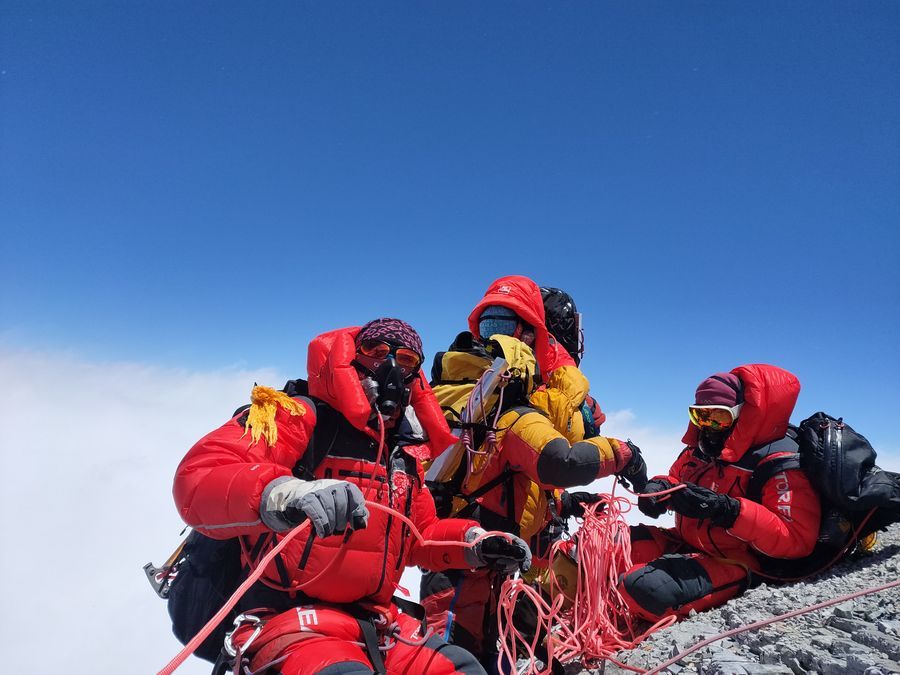 Chinese mountaineering guides work on a route to the summit of Mount Qomolangma on May 26, 2020. [Photo/Xinhua]

China launched a campaign to remeasure the height of Qomolangma－known in the West as Mount Everest－in late April. After two failed attempts due to poor weather, the surveying team successfully reached the summit of the world's highest peak at 11 am on May 27 and remeasured its height.

"They have contributed greatly in various aspects of the mission, and they have helped to ensure the safety and feasibility of the 2020 remeasurement of Qomolangma," he said. 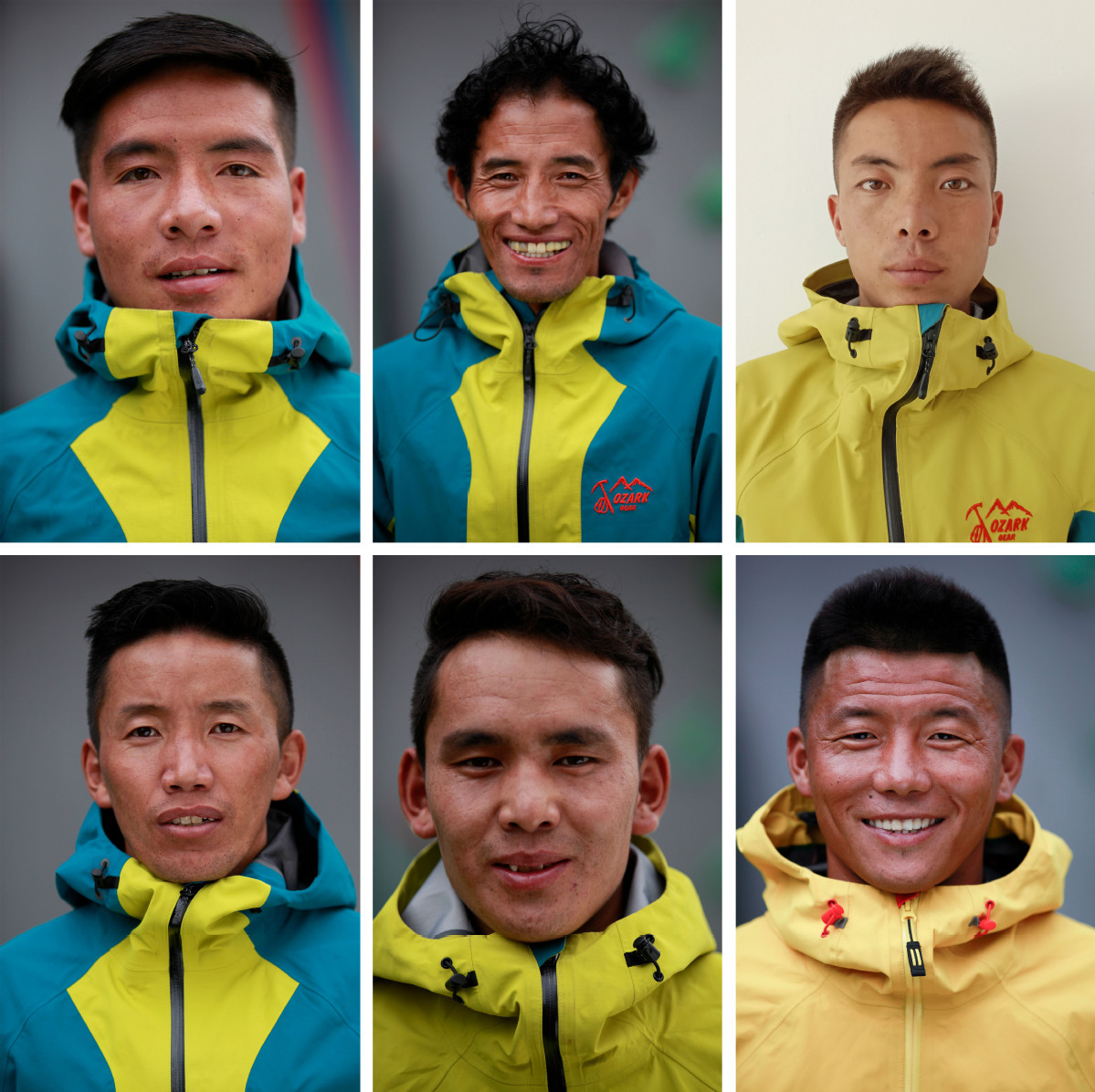 Phurbu, vice-principal of the Tibet Mountaineering Guide School and one of the eight members of the team who conducted the surveying tasks at the summit, said people were shocked to hear that he had worked more than 110 minutes on the summit without oxygen in order to generate better accuracy and quality of the surveying work.

"When we were on the summit, my duty was fixing the surveyor's beacons, checking satellite signals and wiring different surveying equipment," said Phurbu, who has reached the summit of Qomolangma 12 times.

"I took off the oxygen mask so I could easily operate the equipment. Also, the time and the surveying work on the summit was so precious and important," he said.

Li Guopeng, captain of the surveyor team from the 1st Geodetic Surveying Brigade, said the data they collected on Qomolangma this time was very accurate and of high quality. The collected data will be sent to Xi'an, Shaanxi province, for calculation.

"It will probably take two months for scientists to calculate and release the exact height of Qomolangma," Li said.

According to Li, most of the surveying equipment used this time was made in China, including the Beidou-3 Navigation Satellite System, radar for measuring the snow-depth and gravity survey equipment.

Li said the high-altitude gravity survey, conducted on the summit, set a new world record as the highest ever recorded. According to the Ministry of Natural Resources, the previous record for a high-altitude gravity survey was made by Chinese surveyors Ren Xiubo and Bai Huagang in 2005 at an altitude of 7,790 meters. The altitude for the new record has not yet been released.

"Gravity survey bridges traditional and modern surveying and mapping technology. With it, scientists can better analyze data collected via the two measurements and get an even more precise result," he said.

As the force of gravity weakens with the distance above sea level, very sensitive measurements of the actual gravitational field on or near Qomolangma can be used to calculate the location of the geoid beneath the summit－important information for the accuracy of the mountain's height, said Dang Yamin, a geologist at the Chinese Academy of Surveying and Mapping.

There was no previous record of ground gravity data on the summit of Qomolangma, according to the ministry.

"The survey in May will fill in the blank of this field, which will not only contribute to the calculation of the mountain's height, but also help us better understand tectonic movement that leads to earthquakes," Dang said.