Southwest China's Tibet Autonomous Region witnessed its GDP grow 10 percent in 2017 from a year ago, marking the 25th straight year of double-digit growth.

Tibet's GDP reached 131.06 billion yuan ($20.5 billion) in 2017, and per-capita disposable income of its rural residents exceeded 10,000 yuan, said Qi Zhala, the region's Communist Party vice secretary and a deputy to the 13th National People's Congress, according to Economic Daily on Thursday." Tibet has to handle relations between government investment and social investment," he said. 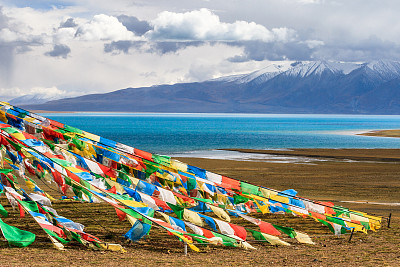 The unity of the Chinese people and China's policies including many targeted policies are the reasons for Tibet's stable economic development, Xiong Kunxin, a professor at Tibet University in Lhasa told the Global Times on Thursday.

In 2018, the Tibetan government set a GDP growth target of about 10 percent, with an 18 percent increase in fixed-asset investment, a more than 10 percent rise in urban per capita disposable income as well as 13 percent for rural, the Xinhua News Agency reported.

Chinese experts on Wednesday expounded on the efforts and achievements in the cultural development of Tibet during an event on the sidelines of the 37th session of the UN Human Rights Council, Xinhua reported.

"The Western media often hold a biased opinion when talking about the issue of China's human rights… I suggest they come to visit and see Tibet with their own eyes."