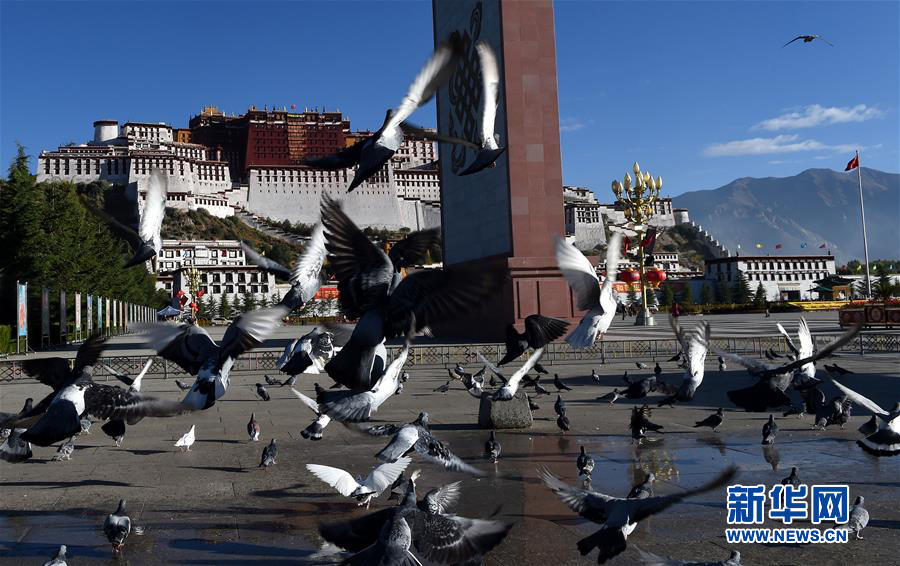 LHASA, Oct. 4 (Xinhua) -- About 1,000 Tibetan-Mandarin bilingual law talents including judges, court clerks and people's assessors have been trained by the Tibetan branch of National Judges College to guarantee the ethnic group's right to use their own spoken and written language in court proceedings.

"The legal language contains professional knowledge and emphasizes accuracy. Currently, there are still some Tibetan people who cannot speak Mandarin, especially in the farming and stockbreeding areas, which is a potential barrier to our effective communication," said Xu Xiaozhen, a local judge in the intermediate people's court of Lhasa, capital city of Tibet Autonomous Region.

Through bilingual training, Xu now has a good command of legal terms in both Tibetan and Mandarin, which drew the locals and herself much closer in handling cases and conciliating conflicts.

Established in July 2013, the training base for Tibetan-Madarin bilingual law judges has organized four training projects and one seminar on drafting training textbooks from 2015 to 2018, covering theoretical knowledge and judicial practices.

A total of 352 judges from Tibet as well as Sichuan, Yunnan, Gansu and Qinghai provinces have participated in the classes and on-site teaching, including attending bilingual court trials.