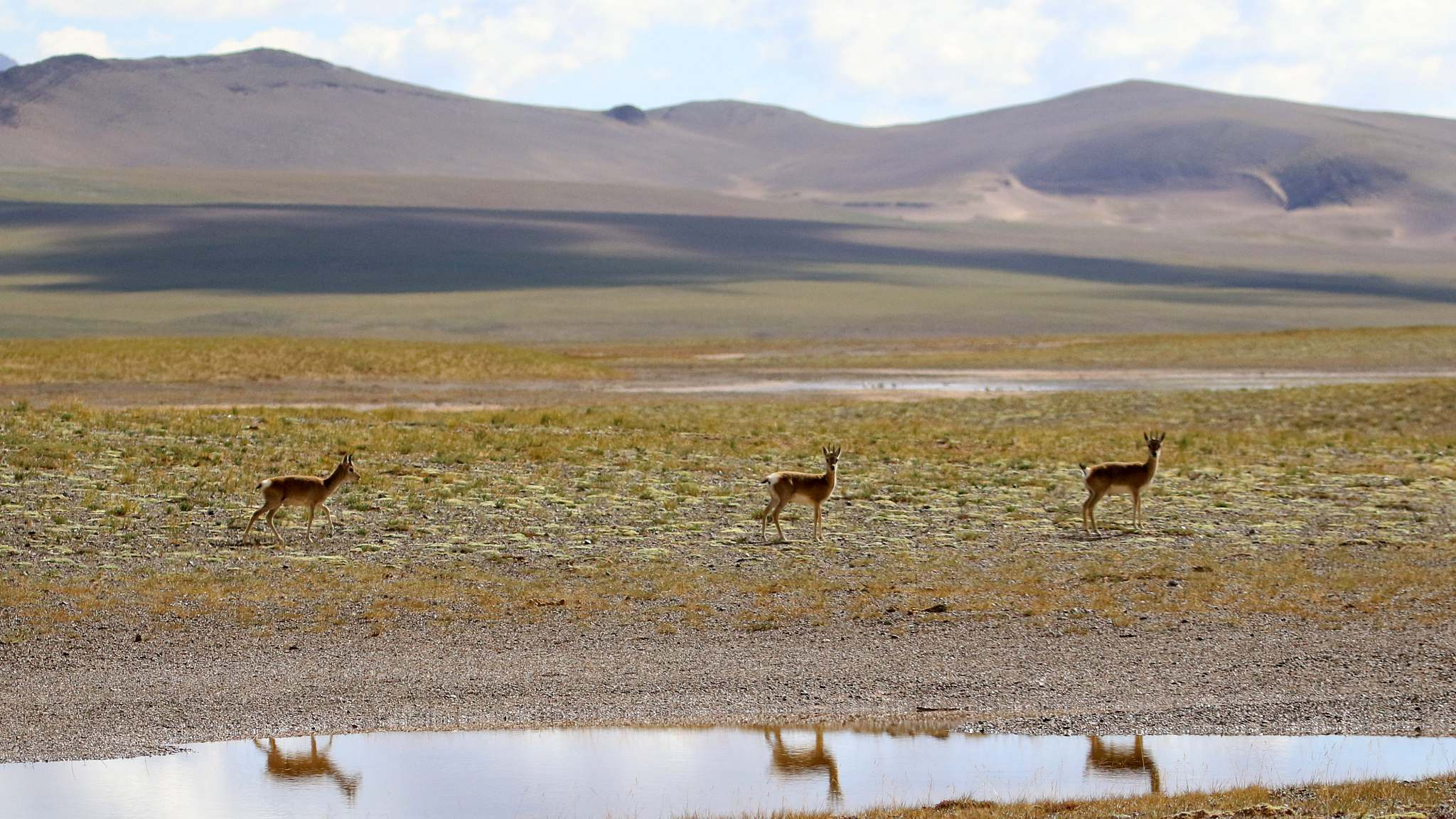 The system will provide 24/7 all-weather monitoring of Tibetan antelopes and other wild animals, to bring down poaching and smuggling in the region with an area of 298,000 square km, said the newspaper, citing sources from the local forestry police.

With an average altitude of more than 5,000 meters, the Qiangtang Nature Reserve is a habitat for Tibetan antelopes, donkeys, yaks and snow leopards.

The population of wild animals in the state-level nature reserve has increased in recent years thanks to effective protection efforts. In January, local police carried out a 22-day joint winter patrol in the region, traveling more than 7,800 km, according to the source.

This year's migration season for Tibetan antelope will begin. Between the end of May and early June, tens of thousands of pregnant Tibetan antelopes will migrate to Hoh Xil in the northwestern part of the Qinghai-Tibet Plateau to give birth, before returning to their habitats with their offspring in early July.