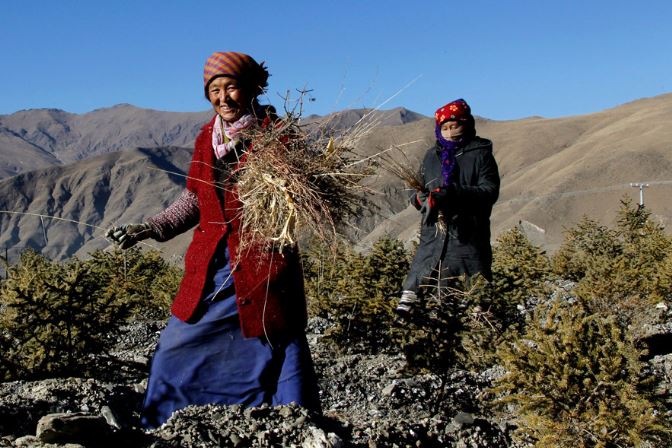 Political advisors in southwest China's Tibet Autonomous Region made more than 400 proposals last year, the majority of which focused on the high-quality development of the region.

Losang Jigmen, vice-chairman of the Tibet Regional Committee of the Chinese People's Political Consultative Conference, released the figure at the annual meeting held in the city of Lhasa, capital of Tibet Wednesday.

A total of 404 proposals were made last year, 397 of which have been filed, according to Losang.

Last year, Tibet's political advisors made 121 proposals related to the high-quality development of the region, accounting for 30 percent of the total.

Losang said Tibet's political advisors made suggestions about the implementation of central and regional governments' policies related to people's benefits, private enterprises' important role in poverty alleviation, the development of information technology and husbandry in the region.

Cultural tourism, international cooperation in tourism, as well as economic integration of Lhasa and the city of Shannan were also concerns of advisors.

Tibet has seen an increasing number of tourists from home and abroad as the regional government has vigorously developed tourism over the past few years. Tourism has now become an important channel for Tibetan farmers and herdsmen to increase incomes.

In 2018, 18 regional political advisors submitted a proposal to speed up the international cooperation in the areas of the Gangdise Range, which has received an official response from the regional tourism department.

A draft of an overall plan for the construction of an international tourism cooperation zone in the Gangdise Range has taken shape and is ready to solicit opinions.

Although Tibet has seen the rapid development of information technology in recent years, the internet-related industry still faces a series of problems.

The Economy and Information Technology Department of Tibet promised to continuously develop information technologies, including constructing a cloud platform, addressing governmental affairs on the Internet, and upgrading governmental information system, and integrating the functions of the three platforms.

Last year, 113 proposals, about 28 percent of the total, revolved around people's well-being. Topics included the improvement of the safety of agricultural produce, the promotion of startups and employment among females in farming and pastoral areas, the strengthening of food and medicine management, the improvement of curriculum quality in primary schools, and the solution of financing problems of small- and medium-sized companies.

Many political advisors also proposed that the region should focus on cultural development and make more efforts to protect intangible cultural heritage, maintain monasteries and boost the cultural industry, according to Losang.

Another focus among the proposals was the ecological advancement in Tibet. Advisors called for greater efforts to develop eco-friendly industries, and encourage waste classification and treatment.